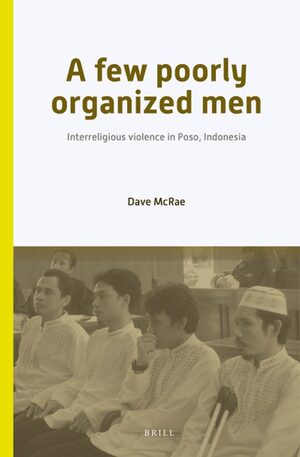 Series:  Verhandelingen van het Koninklijk Instituut voor Taal-, Land- en Volkenkunde, Volume: 285/3 and  Power and Place in Southeast Asia, Volume: 285/3
Author: Dave McRae
Despite no prior history of recent unrest, Poso, from 1998-2007, became the site of the most protracted inter-religious conflict in postauthoritarian Indonesia, as well as one of the most important theatres of operations for the Jemaah Islamiyah terrorist network. Nine years of violent conflict between Christians and Muslims in Poso elevated a previously little known district in eastern Indonesia to national and global prominence. Drawing on a decade of research, for the most part conducted while the conflict was ongoing, this book provides the first comprehensive history of this violence. It also addresses the puzzle of why the Poso conflict was able to persist for so long in an increasingly, stable democratic state, despite the manifest weaknesses of the small groups of men driving the violence.

€79.00$103.00
​
Add to Cart
Dave McRae holds a Ph.D. in Southeast Asian Studies of the Australian National University and was Lead Researcher for the World Bank’s Conflict and Development Team in Indonesia between 2008 and 2010. He is currently a Research Fellow at the Lowy Institute for International Policy in Sydney.

Informed throughout by comparative literature on violent conflict, this book will be of interest to students of Southeast Asia and of diverse forms of ethnic and religious violence.