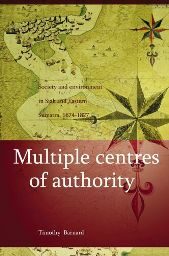 Society and Environment in Siak and Eastern Sumatra, 1674-1827

Series:  Verhandelingen van het Koninklijk Instituut voor Taal-, Land- en Volkenkunde, Volume: 210
Author: Timothy P. Barnard
Offering access to an extensive and resource-rich hinterland, eastern Sumatra was an important trading region between the Melaka Straits and the Minangkabau highlands of Sumatra prior to colonial rule. Traditionally under the control of Johor, the various communities in eastern Sumatra were united under the leadership of an adventurer named Raja Kecik in the early eighteenth century and formed an independent community along the Siak River. Over the next century Raja Kecik and his descendents attempted to gain control over the trade that flowed through the Straits, while keeping the numerous communities within their territories united by means of marriage alliances, warfare, raiding, trade, and myth. By the end of the eighteenth century the multiple centres of authority that constituted Siak represented the dominant Malay community in the Straits of Melaka, only to fall into decline due to the rise of British trading communities in Singapore and Penang.
This book, based on VOC (Dutch East Indies Company) archives and traditional Malay texts, examines the rise of a Malay state in the early modern era. It focuses on the ecological frontier of eastern Sumatra, with its multi-ethnic communities, and how they were able to transform themselves, in the words of an English visitor, into a summit of prosperity by the end of the eighteenth century. Particular emphasis is placed on the methods used by Siak leaders used unite the disparate communities in the region, and how this was viewed in other Malay communities.
Paperback

€31.00$41.00
Paperback
Add to Cart
Timothy P. Barnard, who has worked extensively in eastern Sumatra, is an assistant professor in the Department of History at the National University of Singapore.