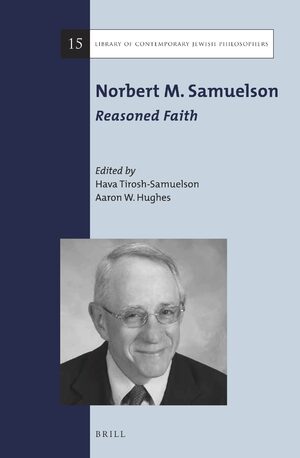 Editors: Hava Tirosh-Samuelson and Aaron W. Hughes
Norbert M. Samuelson is Harold and Jean Grossman Chair of Jewish Studies and Professor of Religious Studies at Arizona State University in Tempe, Arizona. Trained as an analytic philosopher, he went on to establish the Academy of Jewish Philosophy in 1980, which contributed greatly to the professionalization of Jewish philosophy in America. An ordained Reform rabbi, a constructive theologian, and a public intellectual, Samuelson has insisted that philosophy is the very heart of Judaism and that in order to survive in the 21st century Judaism must rethink itself in light of contemporary science. Through his scholarship and organizational work he has brought a Jewish voice to the dialogue of religion and science. Viewing Jewish philosophy as central to the understanding of the Jewish past, Samuelson has explicated the philosophical dimension of Judaism, from the Bible to the present.
E-Book

€32.00$38.00
​
Add to Cart
Hava Tirosh-Samuelson is Professor of History, Irving and Miriam Lowe Professor of Modern Judaism, and Director of the Center for Jewish Studies at Arizona State University in Tempe, Arizona.