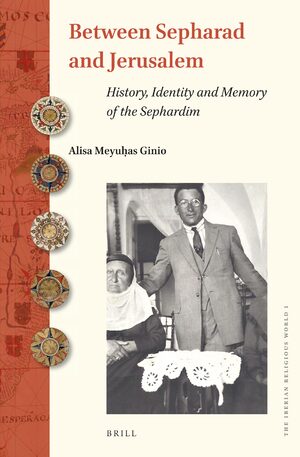 Between Sepharad and Jerusalem

History, Identity and Memory of The Sephardim

Jerusalem Once upon a Time
Who is a Sephardi?
The Language of the Sephardim
Conclusion

1. From Expulsion to Revival

3. Immigrants in the Land of Their Birth: The Sephardi Community in Jerusalem. The Test Case of the Meyuḥas Family

4. Beautiful Damsels and Men of Valor: Ladino Literature Giving Us a Peek into the Spiritual World of Sephardi Women in Jerusalem (Nineteenth and Twentieth Centuries)

5.The Spanish Senator Dr. Ángel Pulido Fernández and the “Spaniards without a Homeland,” Speakers of Jewish Spanish 248

6.The Lost Identity of the Sephardim in The Land of Israel and the State of Israel

The Weekly Hed Ha-Mizraḥ and its Readers
The Second World War in Greece: The Extermination of the Jews
The Sephardim of the Land of Israel Facing the Holocaust

Epilogue: History in the Eyes of the Beholder

All interested in the history, identity and memory of the Sephardim in their Mediterranean dispersal, with a special emphasis on the Israeli Sephardim.