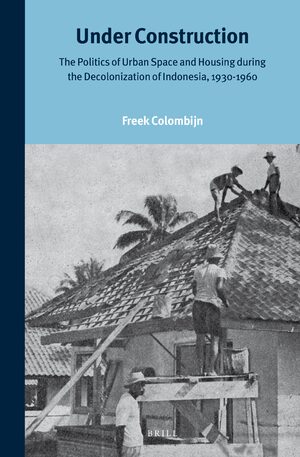 The Politics of Urban Space and Housing during the Decolonization of Indonesia, 1930-1960

Series:  Verhandelingen van het Koninklijk Instituut voor Taal-, Land- en Volkenkunde, Volume: 246
Author: Freek Colombijn
Freek Colombijn examines the social changes in Indonesian cities during the process of decolonization. That process had major repercussions for urban society. These social changes are studied from the angle of urban space in general, and the provision of housing in particular. This provides fresh insight into how people experienced decolonization.
The author challenges the idea that a shift from ethnic to class differences was the overriding social change during decolonization. He argues instead that class differences had already formed the predominant dividing lines in colonial urban society. Colombijn also focuses on the shifting balance of power between the main agents in the urban arena.
Through the use of hitherto unused historical sources, the book presents a wealth of new data about the Indonesian city and the decolonization process.
Published in cooperation with the Netherlands Institute of War Documentation (NIOD).
Originally published with imprint KITLV (ISBN 9789067182911).
E-Book (PDF)

€99.00$129.00
​
Add to Cart
Freek Colombijn teaches at the Anthropology Department of the Vrije Universiteit, Amsterdam.
All those interested in urban studies, anthropology, sociology, and the problems of decolonization.