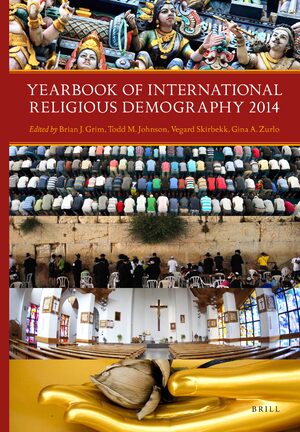 Editors: Brian Grim, Johnson Todd, Vegard Skirbekk and Gina Zurlo
The Yearbook of International Religious Demography presents an annual snapshot of the state of religious statistics around the world. Every year large amounts of data are collected through censuses, surveys, polls, religious communities, scholars, and a host of other sources. These data are collated and analyzed by research centers and scholars around the world. Large amounts of data appear in analyzed form in the World Religion Database (Brill), aiming at a researcher’s audience. The Yearbook presents data in sets of tables and scholarly articles spanning social science, demography, history, and geography. Each issue offers findings, sources, methods, and implications surrounding international religious demography. Each year an assessment is made of new data made available since the previous issue of the yearbook.
E-Book

Vegard Skirbekk, Ph.D. (2005), Rostock University, International Institute for Applied Systems Analysis (IIASA), is head of the Age and Cohort Change Project, Professor at Jacobs University, and Senior Researcher at the Norwegian Institute of Public Health. His research is on religious fertility differentials and the global distribution and future of religion.

Part 1
The World by Religion

Chapter 1. The World by Religion.

Chapter 5. "What Made Jews a Demographic Avant-Garde in Modern Europe?" Jana Vobecká

Chapter 7. "Integrity and the Counting of Christians in Thailand." Dwight Martin

Index
The Yearbook is a reference book primarily aimed at scholars, government officials, journalists, and others who are interested in the numbers and analysis of religious adherents around the world.