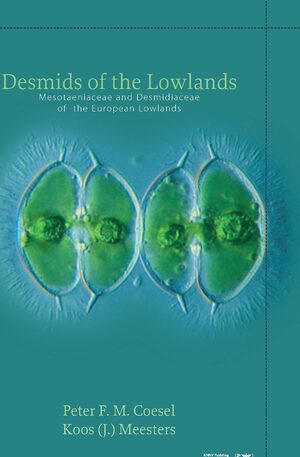 Authors: Peter F.M. Coesel and Koos J. Meesters
Algal species and in particular desmids are important indicators of water quality. Because of their preferential occurrence in vulnerable habitats, desmids lend themselves well to figuring in conservation studies.
The present flora describes all desmid taxa known from the Netherlands and adjacent lowland areas: over 500 species and more than 150 additional varieties. Because of the predominantly cosmopolitan nature of most species the flora may also be of use outside this geographic region.
The enclosed CD-ROM offers general information on desmid biology as well as a selection of species that are discussed in more detail. Ecological data, both on separate species and desmid communities, enable a characterization of the habitat sampled.
Volume 1: Desmids of the Lowlands - Mesotaeniaceae and Desmidiaceae of the European Lowlands
Volume 2: European Flora of the desmid genera Staurastrum and Staurodesmus