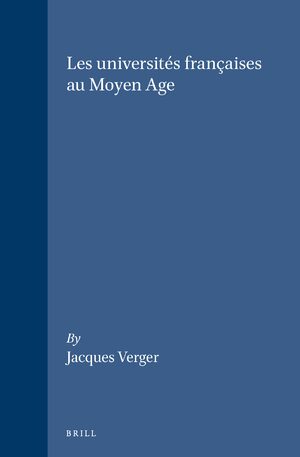 Author: Verger
This volume includes nine studies both on the history of the University of Paris and on French universities in general during the Middle Ages, mainly from an institutional and social point of view.
The first part is devoted to the XIIIth century, i.e. to the birth of the university, to its first institutions, to the growth of the earliest colleges and to the struggle between the scholars and external authorities, namely the Pope, the Bishop, the Chancellor and the King.
The second part deals with the XVth century: the geographical recruitment of students, careers of teachers and the political role of the university during the last decades of the Hundred Years' War; it ends with a study on the reforms imposed upon French universities by the royal government after this War.
Hardback