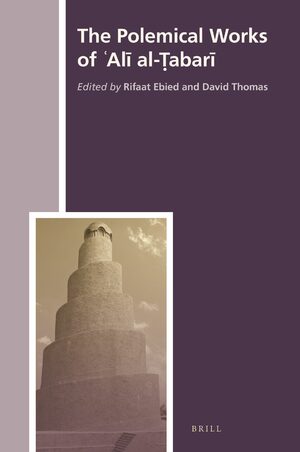 The Polemical Works of ʿAlī al-Ṭabarī

Editors: Rifaat Ebied and David Thomas
Acknowledged as a leading medical expert in his day, and secretary to a succession of caliphs in the mid-ninth century, the Nestorian Christian ʿAlī ibn Rabban al-Ṭabarī converted to Islam around the age of 70. He then wrote Radd ʿalā l-Naṣārā, a recantation of his former faith, and Kitāb al-dīn wa-l-dawla, a defence of the Prophet Muḥammad based substantially on biblical proof-texts. The range of arguments he produced against the soundness of his former faith in these two works influenced sections of Islamic scholarship for many centuries.
These new editions and translations of his works are based on all the available evidence for the texts, accompanied by extensive introductions and studies of their place in Islamic thought.

Rifaat Ebied is Emeritus Professor of Semitic Studies at the University of Sydney and an Adjunct Professor of the Australian Catholic University. He has published extensively in the field of Semitic Studies generally and on Christian Arabic and Syriac Studies as well as Christian-Muslim relations in particular, most recently Muslim-Christian Polemic during the Crusades (with David Thomas) (Brill, 2005).

ʿAlī al-Ṭabarī, Fragments of a Life

The manuscripts and language of ʿAlī al-Ṭabarī’s polemical works

Bibliography
References in the Bible and Qurʾān
Index

Specialists in Christian-Muslim relations, historians of Islamic thought, historians of early Islam, and anyone interested in the use of the Bible in new settings.