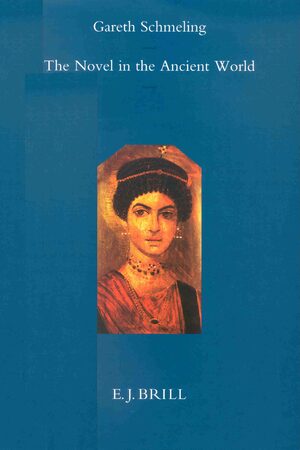 The Novel in the Ancient World

Editor: Gareth Schmeling
This is the second publication in Brill's handbook series The Classical Tradition. The subject of this volume is that group of works of extended prose narrative fiction which bears many similarities to the modern novel and which appeared in the later classical periods in Greece and Rome. The ancient novel has enjoyed renewed popularity in recent years not only among students of literature, but also among those looking for new sources on the popular culture of antiquity and among scholars of religion. The volume surveys the new insights and approaches to the ancient novel which have emerged form the application of a variety of disciplines in the recent years.
The 25 senior scholars contributing to the volume are drawn from a broad range of European and North American traditions of scholarship. Chapters cover the important issues dealing with the novel, novelists, novel-like works of fiction, their development, transformation, Christianisation and Nachleben, as well as a broad range of matters, from literary/philological to cultural/historical and religious, which concerns modern scholars in the field.

This publication has also been published in paperback, please click here for details.
E-Book (PDF)

€287.00$357.00
​
Add to Cart
Gareth Schmeling, Ph.D., University of Wisconsin, taught at the University of Virginia, University of Colorado, and is currently Professor of Classics, University of Florida. With J.P. Sullivan he founded the Petronian Society and since 1970 he has edited the Petronian Society Newsletter. For many years he has been interested in the ancient novel and has written several books in the area - Chariton (1974), Xenophon of Ephesus (1980), A Bibliography of Petronius (1977), Historia Apollonii Regis Tyri (1988) - together with numerous articles. At present he is working on a commentary on Petronius' Satyrica.
' What makes this volume impressive is the range of issues tackled. It is certainly one of the most comprehensive and concise books on the ancient novel in recent years...This volume will not only be of great interest to Classicists but also to scholars of the modern literatures researching the 'open genre' of the novel...In conclusion one can only recommend this volume as an informative and inspiring tool which will further our understanding of and stimulate new approaches to the ancient novel and its successors.’
Karla Pollmann, Journal of Roman Studies, 1998.
' This is a good and useful collection, and one that should certainly be purchased by libraries and individuals who can afford it.'
Simon Swain, Classical Review, 1998.
' This volume immediately impresses the reader…this is an important collection…It will be of use for all those who, coming from various disciplines, study aspects of the ancient novel.'
C. Panayotakis and M. Zimmerman, Mnemosyne, 1999.

The volume is directed at serious students of Classics; i.e. graduate students and faculty; at those in modern languages interested in the complete history of the novel; at those fascinated by the survival of classical literature into the postmodern age; and at cultural and religious historians familiar with Greece and Rome.