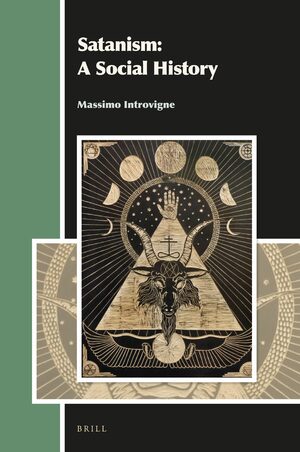 Author: Massimo Introvigne
A 17th-century French haberdasher invented the Black Mass. An 18th-century English Cabinet Minister administered the Eucharist to a baboon. High-ranking Catholic authorities in the 19th century believed that Satan appeared in Masonic lodges in the shape of a crocodile and played the piano there. A well-known scientist from the 20th century established a cult of the Antichrist and exploded in a laboratory experiment. Three Italian girls in 2000 sacrificed a nun to the Devil. A Black Metal band honored Satan in Krakow, Poland, in 2004 by exhibiting on stage 120 decapitated sheep heads. Some of these stories, as absurd as they might sound, were real. Others, which might appear to be equally well reported, are false. But even false stories have generated real societal reactions. For the first time, Massimo Introvigne proposes a general social history of Satanism and anti-Satanism, from the French Court of Louis XIV to the Satanic scares of the late 20th century, satanic themes in Black Metal music, the Church of Satan, and beyond.
E-Book

€201.00$268.00
​
Add to Cart
Massimo Introvigne is professor of Sociology of Religions at Pontifical Salesian University in Torino, Italy, and founder and managing director of CESNUR, the Center for Studies on New Religions. He is the author of some sixty books on new religious movements, sociology of religions, and esotericism.
"This is a work with a truly fascinating collection of absorbing stories, but it is not just that. Introvigne combines his impressive knowledge of facts, allegations, and pure fabrications with a skilful, and oft-times playful, blending of theoretical analysis and understanding of both the foibles and the extraordinary reaches of the human imagination."
Eileen Barker, Religion and Society in Central and Eastern Europe, Vol. 9 No.1

"There is much to praise here and, in summary, Introvigne’s book is the best, most detailed, and broadest overview of Satanism produced thus far."
Per Faxneld, Mid-Sweden University, Reading Religion

"Introvigne provides an encyclopedic summary of virtually every writing about Satanism and every group associated with it in Western Europe and the US from the later 17th century to the present. [...] Sixty-plus pages of bibliography offer readers tools for further study. Of interest
to students and scholars of new religious movements, the occult, and current religious phenomena."
C. H. Lippy, University of Tennessee at Chattanooga, Choice Connect

"Because of its encyclopedic scope and detailed analysis, this volume will be an essential reference work for anyone interested in Satanism and its history, anti-Satanism and the general social fears of deviant individuals and groups, and broader issues concerning the interaction of marginal religious groups and their social environments."
Eugene V. Gallagher, Connecticut College, Nova Religio, Vol. 21 No. 4