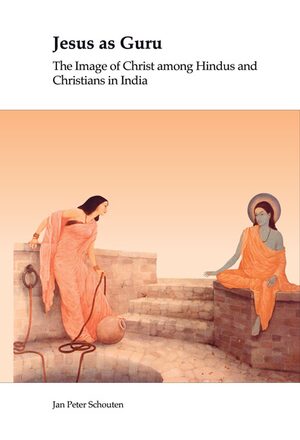 The Image of Christ among Hindus and Christians in India

Series:  Currents of Encounter, Volume: 36 and  Currents of Encounter Online, Volume: 36
Author: J.P. Schouten
People in India form images of Jesus Christ that link up with their own culture. Hindus have given Jesus a place among the teachers and gods of their own religion, seeing in his life something of the wisdom and mysticism that is so central to Hinduism. Christians in India also make use of the concepts provided by Hinduism when they wish to express the meaning of Christ.
Thus, in any case, Jesus is—for Hindus and Christians—a guru, a teacher of wisdom who speaks with divine authority. But for many Hindu philosophers and Christian theologians there is much more that can be said about him within the Indian framework. He can be described as an avatara, a divine descent, or linked to the Brahman, the all-encompassing Reality. This study looks at both Hindu and Christian views of Christ, starting with that of the Hindu reformer Rammohan Roy at the beginning of the nineteenth century, as well as those of the first Christian theologians of India. The views of Mahatma Gandhi and the monks of the Ramakrishna Mission are discussed, and those of influential Christian schools such as the Ashram movement and dalit theology.
Five intermezzos indicate how artists in India portray Jesus Christ.
E-Book (PDF)

$156.00
​
Add to Cart
Dr. Jan Peter Schouten studied theology and sociology, and has published various works on Hinduism. He is a minister in the Bloemendaal congregation of the Protestant Church in the Netherlands.
CHAPTER 1
Introduction
CHAPTER 2
The Guide to Peace and Happiness: Rammohan Roy
CHAPTER 3
From False Prophet to Demonstrable Divinity: Nehemiah Goreh
CHAPTER 4
The Saviour of All: Pandita Ramabai
CHAPTER 5
The Yoga Master: The Ramakrishna Mission
CHAPTER 6
Jesus the Avatara: Vengal Chakkarai
Frank WESLEY: INTERMEZZO
CHAPTER 7
The Suffering Christ as an Example:
Mahatma Gandhi
Nandalal BOSE: INTERMEZZO
CHAPTER 8
The Eternal Christ in the Ashram Movement
Alfred THOMAS: INTERMEZZO
CHAPTER 9
Christ between the Religions
The Great Three: Panikkar, Thomas, Samartha
Jyoti SAHI: INTERMEZZO
CHAPTER 10
Jesus as Liberator in the Theology of the Dalits
Susheila WILLIAMS: INTERMEZZO
CHAPTER 11
Postscript
Bibliography
Index of Names
Index of Subjects