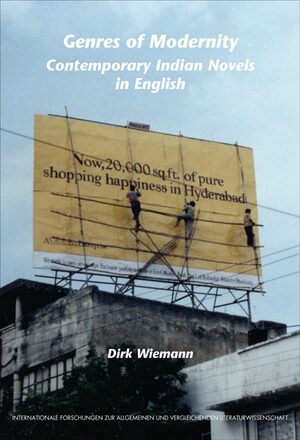 Author: Dirk Wiemann
Genres of Modernity maps the conjunctures of critical theory and literary production in contemporary India. The volume situates a sample of representative novels in the discursive environment of the ongoing critical debate on modernity in India, and offers for the first time a rigorous attempt to hold together the stimulating impulses of postcolonial theory, subaltern studies and the boom of Indian fiction in English. In opposition to the entrenched narrative of modernity as a single, universally valid formation originating in the West, the theoretical and literary texts under discussion engage in a shared project of refiguring the present as a site of heterogeneous genres of modernity. The book traces these figurative efforts with particular attention to the treatment of two privileged metonymies of modernity: the issues of time and home in Indian fiction. Combining close readings of literary texts from Salman Rushdie to Kiran Nagarkar with a wide range of philosophical, sociological and historiographic reflections, Genres of Modernity is of interest not only for students of postcolonial literatures but for academics in the fields of Cultural Studies at large.
E-Book