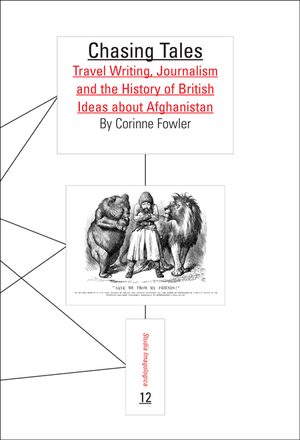 Travel Writing, Journalism and the History of British Ideas about Afghanistan

Reihe:  Studia Imagologica, Band: 12
AutorIn: Corinne Fowler
Chasing Tales is the first exclusive study of journalism, travel writing and the history of British ideas about Afghanistan. It offers a timely investigation of the notional Afghanistan(s) that have prevailed in the popular British imagination. Casting its net deep into the nineteenth century, the study investigates the country’s mythologisation by scrutinising travel narratives, literary fiction and British news media coverage of the recent conflict in Afghanistan. This highly topical book explores the legacy of nineteenth-century paranoias and prejudices to contemporary travellers and journalists and seeks to explain why Afghans continue to be depicted as medieval, murderous, warlike and unruly. Its title, Chasing Tales, conveys the circulation, and indeed the circularity, of ideas commonly found in British travel writing and journalism. The ‘tales’ component stresses the pivotal role played by fictionalised sources, especially the writing of Rudyard Kipling, in perpetuating traumatic nineteenth-century memories of Afghan-British encounter. The subject matter is compelling and its foci of interest profoundly relevant both to current political debates and to scholarly enquiry about the ethics of travel.
E-Book (PDF)