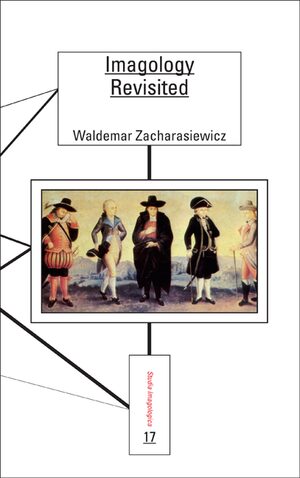 Author: Waldemar Zacharasiewicz
Imagology Revisited brings together in one volume essays written over a forty-year period on the perception and representation of foreign countries and peoples, the “other”.
The book traces the emergence of national and ethnic stereotypes in the early modern age and studies their evolution and multiple functions in a wide range of texts from travelogues and diaries to novels, plays and poetry, produced between the 16th and 20th centuries.
The collection of essays, many of which are appearing in English for the first time, examines such phenomena as the mutual perception and misperception of Europeans and (North) Americans and the role of the theory of climate as a justification for stereotyped representations. It analyzes such national images as the hetero-stereotypes of Germans and Austrians in North American texts, and illuminates the depiction of the English abroad, as well as that of the Scots, the Jews and Italians in American literature.
The book is of interest to comparatists, to practitioners of cultural studies and cultural history, to scholars in the fields of ethnic and inter-cultural German studies and especially to Anglicists and Americanists.
E-Book (PDF)

€149.00$189.00
​
Add to Cart
“This meticulously edited collection of twenty-three articles comprises the results of Zacharasiewicz’s forty years of research in the field of alterity studies, i.e. ‘the perception and representation of foreign countries and peoples’.
The reader of the present review will rightly conclude that the book’s cavalcade of images assumes almost Herculean dimensions. It embraces an astounding variety of subjects covering centuries and continents, but his multifaceted mosaic is held together by the terminology used and the application of models of thought such as climate theory. The book will be of invaluable assistance for everyone who delves into the field of imagological studies or is interested in such concepts as alterity, ethnocentrism, and transnationalism. The bibliography (roughly one thousand entries) and the opening review of research alone will be a treasure house for them.”
– Jürgen C. Wolter (Wuppertal), in Amerikastudien: A Quarterly 58.2 (2013), pp. 310-312

Acknowledgements
Introduction: A Personal Memoir: Towards the Study of Imagology
National Stereotypes in Literature in the English Language: A Review of Research
National Stereotypes in Literature in the English Language: A Review of Research
Imagology and the Theory of Climate
The Theory of Climate and the Tableau of Nationalities
Foreign Faces: Physiognomy and the Theory of Climate
The Theory of Climate in North American Texts since 1776
Images of Europe and Its Nations
Johannes Kepler, James Howell, and Thomas Lansius: The Competition between European Nations as a Literary Theme in the 17th Century
Transatlantic Differences: (Mis)Perceptions in Diachronic Perspective
Sketches of a Traveler: Observations on a Dominant Theme in Washington Irving’s Work
Remarks on the Tradition and Function of Heterostereotypes in North American Fiction between 1900 and 1940
A Separate Identity Asserted: Agrarian Affinities with European Culture
Imagology of Germany in American Culture
Atlantic Double-Cross – Reciprocity of Influence: Germany as an Alternative Model in the Search for an American National Identity, 1830 to 1930
Southern Alumni of German Universities. Fashioning a Tradition of Excellence
German Ethnicity in the American South and the Permeability of Ethnic Borders
The Rise and the Demise of German and Hybrid German-English in American (Popular) Culture
Stereotypes in Walker Percy’s Fiction
Images of Vienna and Austria in Anglophone Cultures
Elective Affinities and Biased Encounters in the Alpine Provinces of Austria
Masks, Minstrels and Melancholy: From Waltzing in the German Paris to Descending into Dreams of Decadence
La joie-de-vivre et l'ombre des tombeaux: Vienna and Austria in Canadian Literature
Images of the English and Scots Abroad
Charme à l’Anglaise – On the Image of the Restless Worldly-Wise from England in the Tableau of Nationalities
The Rise of Cultural Nationalism in the New World: The Scottish Element and Example
Images of Jews in North American Culture
Stereotypes and Sense of Identity of Jewish Southerners
Self Perception and Presentation of Jewish Immigrants in North American Discourse, 1900-1940
Images of Italians in Anglophone Cultures
Perfect Revenge: Observations on the Image of Italy in England in the Sixteenth and Seventeenth Centuries
Perspectives on the Mediterranean: Americans as Transatlantic Sojourners
Bibliography
Index