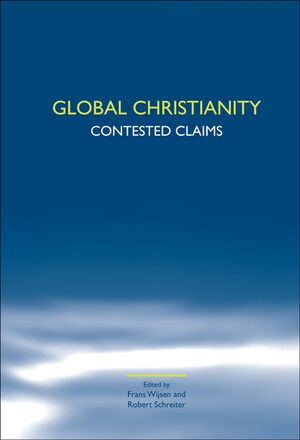 Series:  Studies in World Christianity and Interreligious Relations, Volume: 43
Editors: Frans Wijsen and Robert Schreiter
In 2002 Philip Jenkins wrote The Next Christendom. Over the past half century the centre of gravity of the Christian world has moved decisively to the global South, says Jenkins. Within a few decades European and Euro-American Christians will have become a small fragment of world Christianity. By that time Christianity in Europe and North America will to a large extent consist of Southern-derived immigrant communities. Southern churches will fulfil neither the Liberation Dream nor the Conservative Dream of the North, but will seek their own solutions to their particular problems. Jenkins’ book evoked strong reactions, a bit to his own surprise, as the book contained little new. In the United States of America, the prospect of a more biblical Christianity caused reactions of alarm in liberal circles. In contrast, conservatives were delighted by the same prospect. In Europe the book landed in the middle of the debate on Europe as an exceptional case. It was detested by those who stick to the theory of ongoing and irreversible secularisation and welcomed by those who see a resurgence of religion, also in Europe. In the present volume, scholars of religion and theologians assess the global trends in World Christianity as described in Philip Jenkins’ book. It is the outcome of an international conference on Southern Christianity and its relation to Christianity in the North, held in the Conference Centre of Radboud University Nijmegen, the Netherlands.
E-Book (PDF)

$81.00
​
Add to Cart
Robert Schreiter is Vatican Council II Professor at Catholic Theological Union, USA. From 2000 to 2006 he was also Professor of Theology and Culture at the Radboud University Nijmegen, The Netherlands. Among his books is The New Catholicity: Theology between the Global and the Local (1997).
Frans Wijsen is Professor of World Christianity and Interreligious Relations, and Director of the Nijmegen Institute for Mission Studies at Radboud University Nijmegen, The Netherlands. His latest publication is Seeds of Conflict in a Haven of Peace: From Religious Studies to Interreligious Studies in Africa (2007).
Introduction: Frans WIJSEN
Philip JENKINS: Christianity moves South
Werner USTORF: Global Christianity, New Empire, and Old Europe
Ben KNIGHTON: Christian Enculturation in the Two-Thirds World
Sebastian KIM: The Future Shape of Christianity from an Asian perspective
Frans VERSTRAELEN: Jenkins’ The Next Christendom and Europe
John CHESWORTH: Challenges to the Next Christendom: Islam in Africa
Karel STEENBRINK: Realistic Perspectives for the Christian Diaspora of Asia
Joop VERNOOIJ: Religion in the Caribbean: Creation by Creolisation
Henri GOOREN: Pentecostal Conversion Careers in Latin America
Marta FREDERIKS: Theologies of Anowa’s Daughters: An African women’s discourse
Gemma CRUZ-CHIA: Filipina Domestic Workers in Hong Kong
Epilogue: Robert SCHREITER
Contributors
Index of names