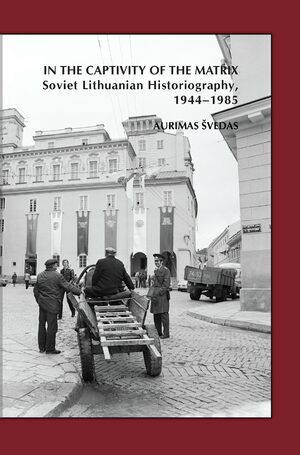 In the Captivity of the Matrix

Author: Aurimas Švedas
This book is about the past and its falsification, historians and the Soviet ideological Matrix. It aims to unveil the formation and existence of Soviet-era Lithuanian historiography, to show how it was affected by mechanisms that created it, and to discuss what kinds of behavioural models different scholars choose in front of the dilemma: to tell the truth or to lie? The answering of these questions determined the structure of the book, which consists of a prologue, five parts and an epilogue.
The book will be useful for those interested in the politics of Soviet history and the evolution of the historiography of that time, the processes of the indoctrination of Soviet society, the relationship between the intellectuals and the authorities of the Soviet period.
E-Book (PDF)

€68.00$97.00
​
Add to Cart
Acknowledgements
Introduction
Historiography
Prologue: What Forms had Lithuanian Historiography Taken on Prior to the Soviet Occupation?