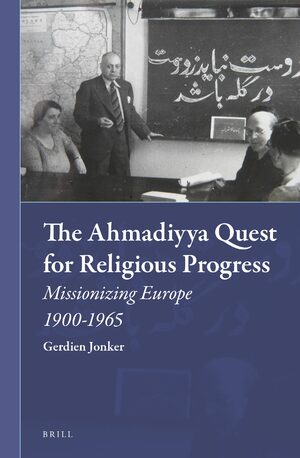 Author: Gerdientje Jonker
What happens when the idea of religious progress propels the shaping of modernity? In The Ahmadiyya Quest for Religious Progress. Missionizing Europe 1900 – 1965 Gerdien Jonker offers an account of the mission the Ahmadiyya reform movement undertook in interwar Europe. Nowadays persecuted in the Muslim world, Ahmadis appear here as the vanguard of a modern, rational Islam that met with a considerable interest.

Ahmadiyya mission on the European continent attracted European ‘moderns’, among them Jews and Christians, theosophists and agnostics, artists and academics, liberals and Nazis. Each in their own manner, all these people strove towards modernity, and were convinced that Islam helped realizing it. Based on a wide array of sources, this book unravels the multiple layers of entanglement that arose once the missionaries and their quarry met.

€106.00$142.00
​
Add to Cart
Gerdien Jonker, Ph.D. (1993), Groningen University, is senior researcher at Erlangen University focusing on the history and ethnography of Muslims in Europe. Her numerous publications include twelve books, among them Narrating Islam. The Muslim World in European Texts (I.B. Tauris, 2009).
Acknowledgements
List of Illustrations
List of Acronyms and Abbreviations
Note on Spelling
Glossary of German Terms
Glossary of Islamic Terms

Introduction
Chapter 1. The Founder and His Vision
Chapter 2. Preparing for Europe
Chapter 3. Muslim Missions in Interwar Berlin
Chapter 4. Converts in Search of Religious Progress
Chapter 5. Jews into Muslims
Chapter 6. The Berlin Mosque Library as a Site of Religious Exchange
Chapter 7. The Mission in Nazi Germany
Chapter 8. Reconfigurations within a Post-colonial World

All interested in Ahmadiyya history, mission history, and the history of Muslims in Europe, as well as readers with an interest in the modernizing of the Islamic tradition.

Theology and Society in the Second and Third Centuries of the Hijra. Volume 1 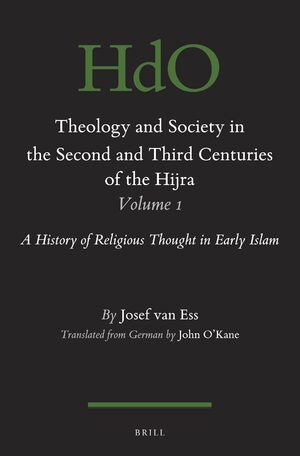 Theology and Society in the Second and Third Centuries of the Hijra. Volume 4 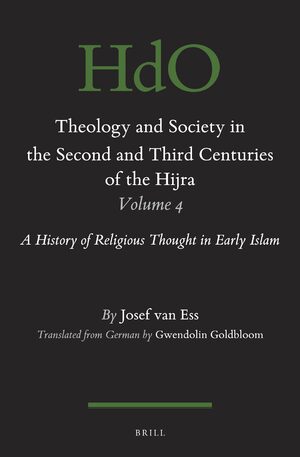 Theology and Society in the Second and Third Centuries of the Hijra. Volume 5 Bibliography and Indices 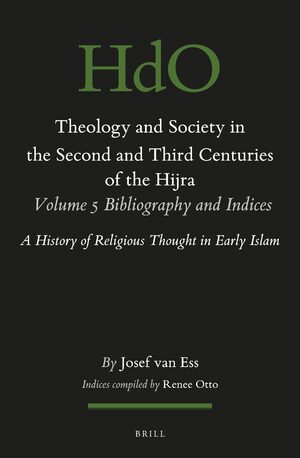