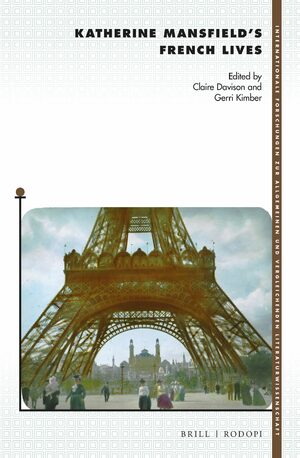 Editors: Claire Davison-Pégon and Gerri Kimber
Katherine Mansfield’s French Lives explores how both the literary, cultural, editorial and biographical influence of French arts and philosophy, and life as an émigré in France shaped Mansfield’s evolution as a key modernist writer, while setting her within the geographies and cultural dynamics of Anglo-French modernism.

Mansfield’s many stays in France were decisive in intellectual, personal and psychological terms: discovering ‘Murry’s Paris’ and the Left Bank; escaping to the War Zone to join Francis Carco; living as a civilian in wartime during the bombardments of Paris; travelling and finding lodgings as a single woman in war-ravaged towns; the experience of bereavement and debilitating ill-health abroad; and the joys and pitfalls for an outsider of a foreign land and idiom.

€82.00$109.00
​
Add to Cart
Claire Davison is Professor of Modernist Studies at the Université Sorbonne Nouvelle, and specialises in trans-European and transmedial modernisms. She is the author of Translation as Collaboration: Virginia Woolf, Katherine Mansfield and S. S. Koteliansky (Edinburgh University Press, 2014).

Part One: Mansfield in France

Janka Kascakova
‘For all Parisians are more than half–’: Stereotypes and Physical Love in Katherine Mansfield’s Writing

Mirosława Kubasiewicz
Art Collectors and Artists: Love in the Works of Marcel Proust and Katherine Mansfield

Part Four: Intercultural Approaches: The Arts and Languages of France