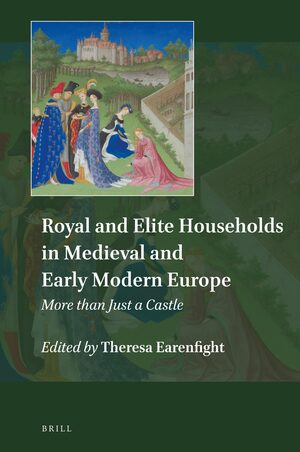 Royal and Elite Households in Medieval and Early Modern Europe

More than Just a Castle

Volume Editor: Theresa Earenfight
In this volume, the authors bring fresh approaches to the subject of royal and noble households in medieval and early modern Europe. The essays focus on the people of the highest social rank: the nuclear and extended royal family, their household attendants, noblemen and noblewomen as courtiers, and physicians. Themes include financial and administrative management, itinerant households, the household of an imprisoned noblewoman, blended households, and cultural influence. The essays are grounded in sources such as records of court ceremonial, economic records, letters, legal records, wills, and inventories. The authors employ a variety of methods, including prosopography, economic history, visual analysis, network analysis, and gift exchange, and the collection is engaged with current political, sociological, anthropological, gender, and feminist theories.
E-Book (PDF)

€165.00$190.00
​
Add to Cart
Theresa Earenfight, Professor of History at Seattle University, is author of Queenship in Medieval Europe (2013), The King’s Other Body (2010), and editor of Queenship and Political Power in Medieval and Early Modern Spain (2005).
"The editor's introduction and sixteen papers offer a rich variety of approaches to the announced topic. [...] an impressive collection of serious work on a subject fully meriting our consideration. Editor and contributors have served us well". Joel T. Rosenthal, Sixteenth Century Journal, 2019.
Contents

Scholars and advanced students of medieval and early modern monarchy, nobility, households, and families, particularly those interested in how networks of power influence the operations of politics and monarchy.