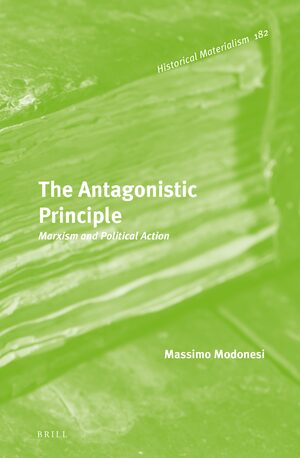 Author: Massimo Modonesi
In this important contribution to political theory, Massimo Modonesi develops the thesis that a Marxist theory of political action can be developed from the notion of antagonism, defined as a distinctive feature of struggle and of the political experience of insubordination. The author argues this central idea with close reference to the concept of class struggle. He advances a theoretical proposal based on the triad subalternity-antagonism-autonomy, as well as the uneven and combined character of the processes of political subjectification. At the center of this triad, the concept of antagonism stands out as a logical principle and the core of a Marxist theory of political action. At the same time, subalternism reappears frequently, as the counter-pole of antagonistic activation and autonomous practices, and as the root of what Antonio Gramsci calls ‘passive revolutions’.
E-Book (PDF)

€115.00$138.00
​
Add to Cart
Massimo Modonesi is Professor and Chair of the Political and Social Sciences Faculty at the Autonomous National University of Mexico and the author of twelve books on social and political movements in Latin-America and on Marxist political theory. In English his most recent published work is Subalternity, Antagonism, Autonomy. Constructing the Political Subject (Pluto, 2014). He is also a member of the Coordinating Committee of the International Gramsci Society.
Introduction

Part One
I. Coordinates of a Marxist Theory of Political Action
II. Notes on the Gramscian Concept of Subaltern Classes
III. Subalternity, Antagonism, and Autonomy
IV. Antagonism as Principle
V. Subalternisation and Passive Revolution