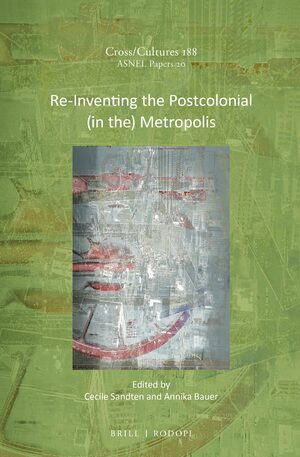 Re-Inventing the Postcolonial (in the) Metropolis

Editors: Cecile Sandten and Annika Bauer
The notion of the postcolonial metropolis has gained prominence in the last two decades both within and beyond postcolonial studies. Disciplines such as sociology and urban studies, however, have tended to focus on the economic inequalities, class disparities, and other structural and formative aspects of the postcolonial metropolises that are specific to Western conceptions of the city at large. It is only recently that the depiction of postcolonial metropolises has been addressed in the writings of Suketu Mehta, Chris Abani, Amit Chaudhuri, Salman Rushdie, Aravind Adiga, Helon Habila, Sefi Atta, and Zakes Mda, among others. Most of these works probe the urban specifics and physical and cultural topographies of postcolonial cities while highlighting their agential capacity to defy, appropriate, and abrogate the superimposition of theories of Western modernity and urbanism.
These ASNEL Papers are all concerned with the idea of the postcolonial (in the) metropolis from various disciplinary viewpoints, as drawn from a great range of cityscapes (spread out over five continents). The essays explore, on the one hand, ideas of spatial subdivision and inequality, political repression, social discrimination, economic exploitation, and cultural alienation, and, on the other, the possibility of transforming, reinventing and reconfigurating the ‘postcolonial condition’ in and through literary texts and visual narratives.
In this context, the volume covers a broad spectrum of theoretical and thematic approaches to postcolonial and metropolitan topographies and their depictions in writings from Australia and New Zealand, South Africa, South Asia, and greater Asia, as well as the UK, addressing issues such as modernity and market economies but also caste, class, and social and linguistic aspects. At the same time, they reflect on the postcolonial metropolis and postcolonialism in the metropolis by concentrating on an urban imaginary which turns on notions of spatial subdivision and inequality, political repression, social discrimination, economic exploitation, and cultural alienation – as the continuing ‘postcolonial’ condition.

€162.00$194.00
​
Add to Cart
Cecile Sandten, Dr. phil. (1997), Habilitation (2006), both Bremen University, is Professor of English Literatures at TU Chemnitz, Germany. She has published monographs and many articles on Shakespearean adaptations in postcolonial contexts, Indian English poetry and fictions of the postcolonial metropolis.

Annika Bauer, M.A. (2011), TU Chemnitz, Germany, is research assistant at the chair of English Literature at TU Chemnitz. She focuses on metropolises in Indian English literature and is co-editor of Stadt der Moderne (City of Modernity; WVT, 2013).

"As a whole, this volume, which broaches the topic of postcolonial justice from a wide variety of angles, constitutes a valuable contribution to scholarship, although further steps will obviously need to be taken, on a global scale, to counter the countless injustices caused by colonialism, past or present."
- Peter O. Stummer, University of Munich, Recherche littéraire, literary research 34, Sumnmer 2018.
CECILE SANDTEN & ANNIKA BAUER: Re-Inventing the Postcolonial (in the) Metropolis: An Introduction

THE ASIAN AND SOUTH ASIAN METROPOLISES ON THE MOVE
BILL ASHCROFT: Utopian Sights: Re-Inventing the Asian Metropolis
MALA PANDURANG: A City on the Move: Routing Urban Spaces – Literary and Cinematic Representations of Mumbai’s Lifeline, the ‘Local’ Trains
RAJEEV S. PATKE: The Experience of Urban Space in the Poetry of Arun Kolatkar
R. RAJ RAO: The Metropolis in the Province: Interrogating the New Postcolonial Literature in India
ROMAN BARTOSCH: ‘No One Is India’: Literary Renderings of the (Postcolonial) Metropolis in Salman Rushdie and Indra Sinha
PIA FLORENCE MASURCZAK: The Glocal Metropolis: Tokyo Cancelled, The White Tiger, and Spatial Politics
AGNES S.L. LAM: Cosmopolitan Poetry from Asian Cities

All interested in scholarship on postcolonial metropolises and the topic of the urban imaginary from different disciplinary viewpoints and from a great range of cityscapes (spread out over five continents).