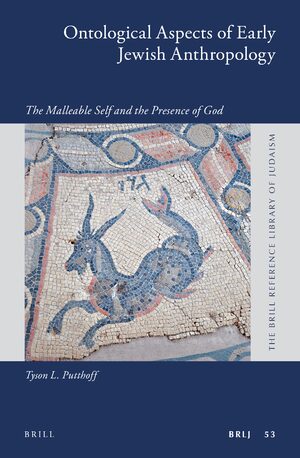 The Malleable Self and the Presence of God

Author: Tyson L. Putthoff
In Ontological Aspects of Early Jewish Anthropology, Tyson L. Putthoff explores early Jewish beliefs about how the human self reacts ontologically in God’s presence. Combining contemporary theory with sound exegesis, Putthoff demonstrates that early Jews widely considered the self to be intrinsically malleable, such that it mimics the ontological state of the space it inhabits. In divine space, they believed, the self therefore shares in the ontological state of God himself. The book is critical for students and scholars alike. In putting forth a new framework for conceptualising early Jewish anthropology, it challenges scholars to rethink not only what early Jews believed about the self but how we approach the subject in the first place.
E-Book (PDF)

€132.00$152.00
​
Add to Cart
Tyson L. Putthoff, Ph.D. (2014), Durham University, is an Associate of the Trinity Centre for Biblical Studies, Trinity College Dublin. His current and forthcoming publications focus on mystical and apocalyptic texts, traditions and experiences in early Judaism and Christianity.
List of Abbreviations
Chapter 1—Introduction: The Self and the Mystical Experience
Chapter 2—Aseneth the Anti-Eve: The Re-Created Self in an Egyptian Jewish Tale
Chapter 3—Philo’s Bridge to Perfection: De opificio mundi and the End of the Self
Chapter 4—God’s Anthropomorphous House: The Self-Constructed Temple at Qumran
Chapter 5—When Disciples Enter Heavenly Space: Self-Transformation in Bavli Sotah 49a
Chapter 6—Transformed by His Glory: Self-Glorification in Hekhalot Zutarti
Chapter 7—Conclusion: Towards a Mimetic Anthropology of Early Judaism
Bibliography
Index
Students and scholars interested in early Jewish beliefs about what the human self is made of and how it reacts ontologically in God’s presence.