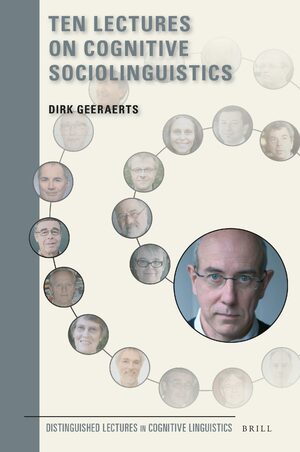 Series:  Distinguished Lectures in Cognitive Linguistics, Volume: 8
Author: Dirk Geeraerts
Cognitive Sociolinguistics combines the interest in meaning of Cognitive Linguistics with the interest in social variation of sociolinguistics, converging on two domains of enquiry: variation of meaning, and the meaning of variation. These Ten Lectures, a transcribed version of talks given by professor Geeraerts in 2009 at Beihang University in Beijing, introduce and illustrate both dimensions. The ‘variation of meaning’ perspective involves looking at types of semantic and categorial variation, at the role of social and cultural factors in semantic variation and change, and at the interplay of stereotypes, prototypes and norms. The ‘meaning of variation’ perspective involves looking at the way in which categorization processes of the type studied by Cognitive Linguistics shape how scholars and laymen think about language variation.
E-Book (PDF)

His publications include the following monographs: Words and Other Wonders (2006), and Theories of Lexical Semantics (2010). For details about these publications, see here. He also collaborated on the Woordenboek der Nederlandsche Taal (the Dutch counterpart of the OED), and was editor of the Van Dale Groot Woordenboek van de Nederlandse Taal (the main desk dictionary of contemporary Dutch) between 1995 and 2005.
All interested in Cognitive Linguistics, and anyone with an interest in the social and cultural aspects of language.