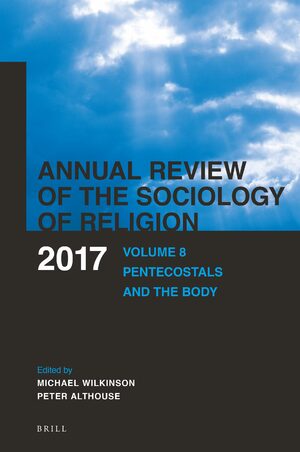 Editors: Michael Wilkinson and Peter Althouse
The intersection of religion, ritual, emotion, globalization, migration, sexuality, gender, race, and class, is especially insightful for researching Pentecostal notions of the body. Pentecostalism is well known for overt bodily expressions that includes kinesthetic worship with emotive music and sustained acts of prayer. Among Pentecostals there is considerable debate about bodies, the role of the Holy Spirit, possession of evil spirits, deliverance, exorcism, revival, and healing of bodies and emotions. Pentecostalism is identified as a religion on the move and so bodies are transformed in the context of globalization. Pentecostalism is also associated with notions of sexuality, gender, race and class where bodies are often liberated and limited. This volume evaluates these themes associated with contemporary research on the body.
E-Book (PDF)

€160.00$184.00
​
Add to Cart
Michael Wilkinson, PhD (University of Ottawa) is Professor of Sociology and Director of the Religion in Canada Institute at Trinity Western University. He is the author or editor of seven books including most recently Catch the Fire: Soaking Prayer and Charismatic Renewal (2014) and A Culture of Faith: Evangelical Congregations in Canada (2015).