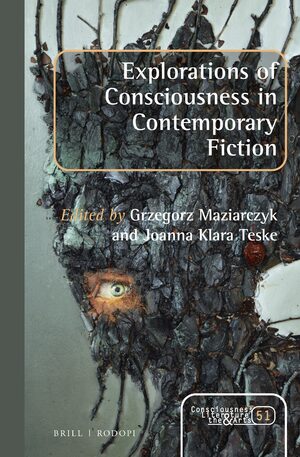 Explorations of Consciousness in Contemporary Fiction

Editors: Grzegorz Maziarczyk and Joanna Klara Teske
Explorations of Consciousness in Contemporary Fiction is a collection of essays examining the potential of the contemporary English-language novel to represent and inquire into various aspects of the human mind. Grounded in contemporary literary theory as well as consciousness studies, the essays consider both narrative techniques by means of which writers attempt to render various states of consciousness (such as multimodality in digital fiction or experimental typography in post-traumatic narratives), and novelistic interpretations of issues currently being investigated by neurobiologists, cognitive scientists and philosophers of the mind (such as the adaptive value of consciousness or the process of self-integration by means of self-narration). The volume thus offers critical reflection upon the novel’s cognitive accomplishment in this challenging area.

€127.00$147.00
​
Add to Cart
Grzegorz Maziarczyk, Ph.D. (2003), John Paul II Catholic University of Lublin, is Head of Department of American Literature and Culture at that university. He has published monographs and articles on contemporary fiction, including The Novel as Book (KUL Press, 2013).

Joanna Klara Teske, Ph.D. (2007), John Paul II Catholic University of Lublin, is Assistant Professor in the Institute of English Studies. She has published on contemporary fiction and cognitive theory of art, including Contradictions in Art: The Case of Postmodern Fiction (2016).

Index
Academic libraries; undergraduate and postgraduates students as well as academics researching the theory of the novel, literary representation of consciousness and contemporary English-language fiction.