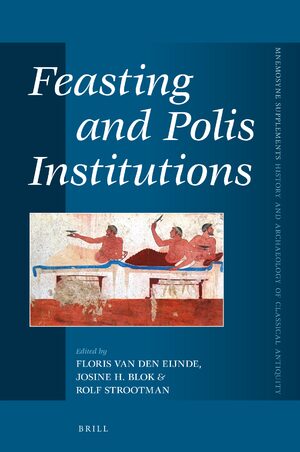 Editors: Floris van den Eijnde, Josine Blok, and Rolf Strootman
Feasting and commensality formed the backbone of social life in the polis, the most characteristic and enduring form of political organization in the ancient Greek world. Exploring a wide array of commensal practices, Feasting and Polis Institutions reveals how feasts defined the religious and political institutions of the Greek citizen-state.
Taking the reader from the Early Iron Age to the Imperial Period, this volume launches an essential inquiry into Greek power relations. Focusing on the myriad of patronage roles at the feast and making use of a wide variety of methodologies and primary sources, including archaeology, epigraphy and literature, Feasting and Polis Institutions argues that in ancient Greece political interaction could never be complete until it was consummated in a festive context.
E-Book (PDF)

€121.00$146.00
​
Add to Cart
FLORIS VAN DEN EIJNDE is Assistant Professor of Ancient History at Utrecht University. His research focuses on the cults and religion of early Greece. He is co-director of an international archaeological fieldwork project at Thorikos in Greece.
JOSINE BLOK is Professor of Ancient History at Utrecht University. She is interested in the history of archaic and classical Greece in a wide sense, especially citizenship, on which she recently published Citizenship in Classical Athens (Cambridge UP, 2017).
ROLF STROOTMAN is Associate Professor of Ancient History at Utrecht University. He is the author of Courts and Elites in the Hellenistic Empires, 330–30 BCE (2014) and various publications on monarchy and empire in the Hellenistic World.

Contributors are: Alexandra Alexandridou, Josine Blok, Jan-Mathieu Carbon, Floris van den Eijnde, Stephen Lambert, Kathleen Lynch, Richard Madgwick, Manuela Mari, Stéphanie Paul, Ann Steiner, Rolf Strootman, Vicky Vlachou, Marek Wecowski, James Whitley, Evelyn van ‘t Wout.
"a welcome contribution to the Greek room in the Food Studies house, particularly due to the spread of evidence for Greek feasting practices and for the focus on the ways that feasts contributed simultaneously to ideas of citizen equality and to hierarchies of power (the “dialectic of hierarchy and equality” is a common theme). The introduction will be particularly helpful for those new to the field. (...) In all, this contribution is valuable for its breadth and for its attempts to link feasting practices to the political institutions which operate beside and through them." - Jessica M. Romney, in: BMCR 2018.11.27
All interested in the history of the Greek polis and anyone concerned with the social meaning of religion for the ancient Greek world.

Divine Images and Human Imaginations in Ancient Greece and Rome 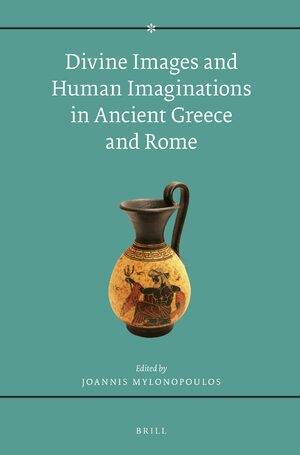 The Archaeology of Late Antique 'Paganism' 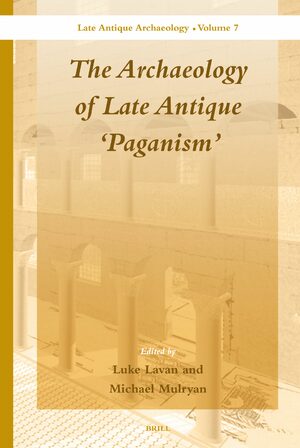 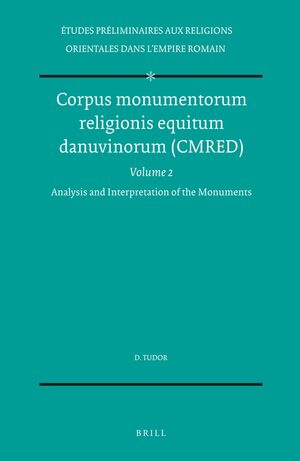