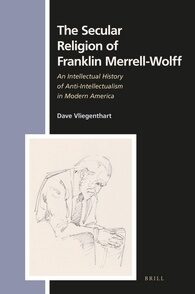 The Secular Religion of Franklin Merrell-Wolff

Reihe:  Numen Book Series, Band: 158
AutorIn: Dave Vliegenthart
In The Secular Religion of Franklin Merrell-Wolff: An Intellectual History of Anti-intellectualism in Modern America, Dave Vliegenthart offers an account of the life and teachings of the modern American mystic Franklin Merrell-Wolff (1887–1985), who combined secular and religious sources from eastern and western traditions in order to elaborate and legitimate his metaphysical claim to the realization of a transcendental reality beyond reason.

Using Merrell-Wolff as a typical example of a modern western guru, Vliegenthart investigates the larger sociological and historical context of the ongoing grand narrative that asserts a widespread anti-intellectualism in modern American culture, exploring developments in religious, philosophical, and psychological discourses in North America from 1800 until the present.
E-Book (PDF)

€ 120,00$ 138,00
​
In den Warenkorb
Dave Vliegenthart, PhD (2017), University of Groningen, is a lecturer in the Liberal Arts and Sciences at Maastricht University, specializing in the study of eastern-inspired western gurus and new religious movements in modern western culture.
Introduction

Outline of This Study

The Temple of the People

The United Lodge of Theosophists

The Benares League of America

The Assembly of Man


Anyone interested in the history of the intercultural and interdisciplinary secular religions of modern western gurus in North American culture during the nineteenth and twentieth centuries, as well as anyone interested in (the development of) modern American anti-intellectualism.