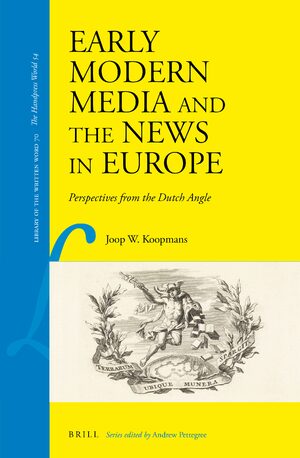 Early Modern Media and the News in Europe

Perspectives from the Dutch Angle

Author: Joop W. Koopmans
During the seventeenth and eighteenth centuries, the Dutch Republic was one of the main centers of media in Europe. These media included newspapers, pamphlets, news digests, and engravings. Early Modern Media and the News in Europe brings together fifteen articles dealing with this early news industry in relation to politics and society, written by Joop W. Koopmans in recent decades. They demonstrate the important Dutch position within early modern news networks in Europe. Moreover, they address a variety of related themes, such as the supply of news during wars and disasters, the speed of early modern news reports, the layout of early newspapers and the news value of their advertisements, and censorship of books and news media.
E-Book (PDF)

€140.00$169.00
​
Add to Cart
Joop W. Koopmans, Dr. (1990), University of Groningen, is Senior Lecturer of Early Modern History at that university. He has published on early modern Dutch history in a European context, including the Historical Dictionary of the Netherlands.
Acknowledgements Figures and Tables
Introduction
1 Storehouses of News: The Meaning of Early Modern News Periodicals in Western Europe  1  The Genre’s Name  2  From Messrelationen to Mercuries and Yearbooks  3  Purpose, Meaning, Audience and Editors of News Periodicals  4  Conclusion
2 The Presentation of News in the Europische Mercurius (1690–1756)  1  Title and Title Page, the Publishers and the Editors  2  The Organisation of the Europische Mercurius  3  Geographical Divisions; the Netherlands and Its Neighbours  4  Geographical Divisions: the Other Territories  5  Conclusion  6  Appendix: Explanation in Verse of the Title Page Engraving of the Europische Mercurius of 1726 (See for the Engraving Figure 9)
3 The Glorification of Three Prussian Sovereigns in the Europische Mercurius (1690–1756)  1  Brandenburg-Prussia at the Source  2  The Reign of Elector-King Frederick III/I (1690–1713): Cursory Reporting  3  The Reign of King Frederick William I (1713–1740): Described in More Depth  4  The Reign of Frederick II the Great (1740–1756): Glory and Criticism  5  Conclusion
4 Politics in Title Prints: Examples from the Dutch News Book Europische Mercurius (1690–1756)  1  The Freedom Hat, the Janus Temple and Other Political Symbolism  2  The Triumphal Entry of King-Stadtholder William III in 1691  3  Jacobite Adder’s Brood in 1723  4  Polish Lutherans Decapitated in Toruñ in 1725  5  Epilogue
5 Publishers, Editors and Artists in the Marketing of News in the Dutch Republic Circa 1700: the Case of Jan Goeree and the Europische Mercurius  1  Jan Goeree in the Triangle of Publisher, Editor and Artist  2  The Use of Illustrations as a Selling Point and Other Merchandising Policies  3  Conclusion
6 Research in Digitized Early Modern Dutch Newspapers and the News Value of Advertisements  1  Categories of Early Advertisements  2  The News Value of Early Advertisements  3  Final Remarks
7 Anything but Marginal: the Politics of Paper Use and Layout in Early Modern Dutch Newspapers  1  The Dutch Standard: Two Pages in Folio with Two News Columns Each  2  Anthoni de Groot’s Experiments in his ’s Gravenhaegse Courant  3  Marginal Printing in Other Dutch Newspapers  4  The End of Marginal Printing  5  Concluding Remarks
8 A Sense of Europe: the Making of This Continent in Early Modern Dutch News Media  1  Argument One: Europe in Dutch News Media Titles  2  Argument Two: Europe in Dutch Newspapers’ Content  3  Argument Three: News about Europe in a Eurocentric Layout  4  Argument Four: the Presence of Europe in News Prints  5  Conclusion
9 Supply and Speed of News to the Netherlands during the Eighteenth Century: a Comparison of Newspapers in Haarlem and Groningen  1  Two Dutch Newspapers and the Origin of Their News  2  International News on Its Way to Haarlem and Groningen  3  Impact of the Slow Dissemination of News  4  Conclusion
10 The Early 1730s Shipworm Disaster in Dutch News Media  1  The Shipworm Infestation in Contemporary Dutch Newspapers  2  Other News Sources about the Shipworm  3  Final Remarks
11 The Varying Lives and Layers of Mid-Eighteenth-Century News Reports: the Example of the 1748 Peace of Aix-la-Chapelle in Dutch News Media  1  The 1748 Peace in Dutch Newspapers  2  The 1748 Peace in Dutch News Digests  3  News Digests between Newspapers and Historiography  4  Final Remarks
12 The 1755 Lisbon Earthquake and Tsunami in Dutch News Sources: the Functioning of Early Modern News Dissemination  1  Dutch News Media about the Tsunami and Earthquake  2  Sources and Routes  3  Speculation, Reflection, and the Concept of Contemporeinity  4  Final Remarks  5  Appendix
13 Wars in Early Modern News: Dutch News Media and Military Conflicts  1  Rumours of Wars, Newsletters, Pamphlets, Engravings and Maps  2  Reporting Wars in Newspapers, News Digests and Other Periodicals  3  Governments and War News  4  The Beginning of the Fourth Anglo-Dutch War in Dutch News Media  5  Conclusion
14 Dutch Censorship in Relation to Foreign Contacts (1581–1795)  1  English Complaints and Preventive Policy  2  Censorship for Scandinavia and Russia  3  Pressure from Prussia and Complaints by the Emperor  4  Criticisms of the Press from the Southern Neighbours Pre-empted  5  Evaluation
15 Spanish Tyranny and Bloody Placards: Historical Commonplaces in the Struggle between Dutch Patriots and Orangists around 1780?  1  Interest in the Dutch Revolt around 1780  2  Text One: the Petition by the Luzac Brothers (1770)  3  Text Two: the pamphlet To the People of the Netherlands (1781)  4  Text Three: Patriotic Poetry by Joannes Nomsz (1785)  5  Commonplaces and Contested Authority
Bibliography Index of Personal Names Index of Geographical Names
All interested in the history of media and politics of Early Modern Europe, in particular of the Netherlands. 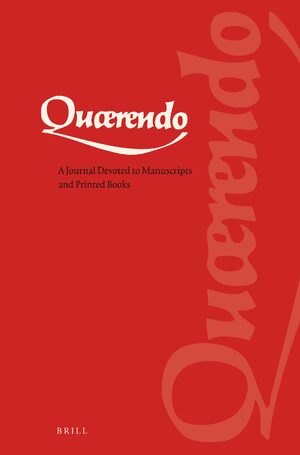 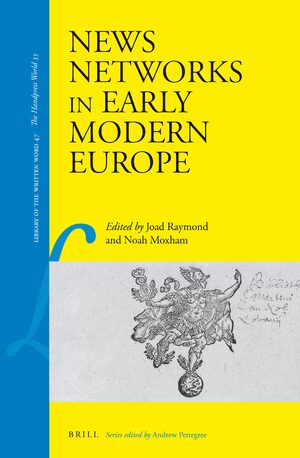 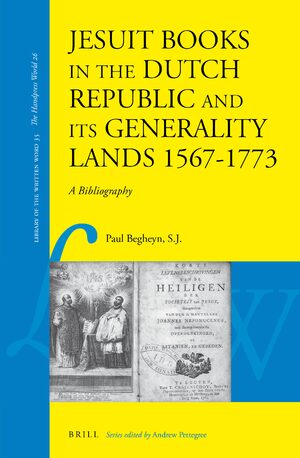