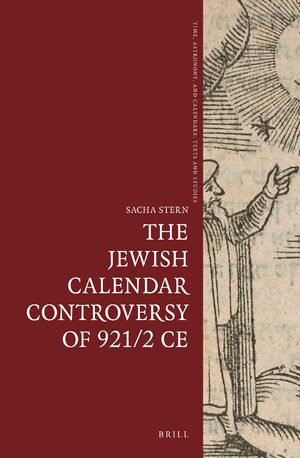 The Jewish Calendar Controversy of 921/2 CE

Author: Sacha Stern
In the year 921/2, the Jewish leaders of Palestine and Babylonia disagreed on how to calculate the calendar. This led the Jews of the entire Near East to celebrate Passover and the other festivals, through two years, on different dates. The controversy was major, but it became forgotten until its late 19th-century rediscovery in the Cairo Genizah. Faulty editions of the texts, in the following decades, led to much misunderstanding about the nature, leadership, and aftermath of the controversy. In this book, Sacha Stern re-edits the texts completely, discovers many new Genizah sources, and challenges the historical consensus. This book sheds light on early medieval Rabbanite leadership and controversies, and on the processes that eventually led to the standardization of the medieval Jewish calendar.
E-Book

€169.00$203.00
​
Add to Cart
Sacha Stern (DPhil. Oxon. 1992) is Professor of Jewish Studies at University College London. He is the author of Calendar and Community: a History of the Jewish Calendar (Oxford 2001) and Calendars in Antiquity (Oxford 2012).
"This volume, both readable and handsomely produced, includes a detailed historical treatment of the controversy, as well as a critical edition based on five manuscripts and diplomatic editions of each reconstructed manuscript, letters and other polemical writings that circulated during 921–922, and later sources from the following centuries. (...) This new treatment of the controversy is long overdue and very welcome." - Melonie Schmierer-Lee, in: Genizah Fragments, October 2019
Preface Abbreviations Editorial Policies; List of Manuscripts and Sigla


Part 2 The Book of the Calendar Controversy