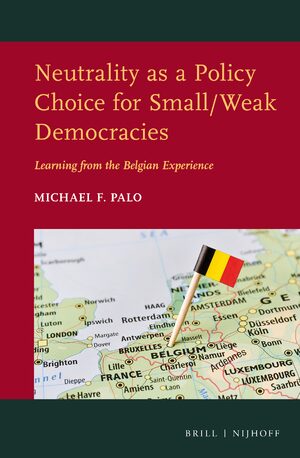 Learning from the Belgian Experience

Author: Michael F. Palo
In Neutrality as a Policy Choice for Small/Weak Democracies: Learning from the Belgian Experience, Michael F. Palo has three main objectives. First, he employs a counterfactual approach to examine the hypothesis that had permanent neutrality not been imposed on Belgium in 1839, it would have pursued neutrality anyway until war broke out in 1914. Secondly, he analyses why, after abandoning obligatory neutrality during World War I, the Belgians adopted voluntary neutrality in October 1936. Finally, he seeks to use the historical Belgian case study to test specific International Relations’ Theories and to contribute to Small State Studies, especially the behaviour of small/weak democracies in the international system.
E-Book (PDF)