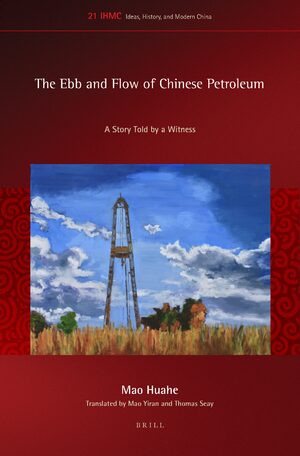 The Ebb and Flow of Chinese Petroleum

A Story Told by a Witness

Editors: Mao Yiran and Thomas M. Seay
Author: Mao Huahe
For the first time, a work that breaks with the official Chinese government narrative concerning the petroleum industry and provides the true story as personally experienced by the author, Mao Huahe, a thirty-year veteran and executive in the oil industry. Mao witnessed first-hand the breakthrough discovery of the Daqing Oilfield, the behind-the-scenes political machinations and turmoil of the Cultural Revolution and the subsequent reform and opening period, and details the effects these events had upon China’s petroleum industry.
E-Book (PDF)

€160.00$192.00
​
Add to Cart
Mao Huahe worked in China’s petroleum industry for 33 years, from 1960 to 1993, when he retired. He worked on the front line at oil campaign sites and at the Ministry of Petroleum in Beijing. Throughout much of his career, he worked as a speechwriter for the Ministry of Petroleum’s leadership and as an executive in the oil industry, so he has broad, direct experience with China’s petroleum industry. He started writing this book in 1999 and finished it only in 2018. This book is the summation of more than fifty years of his work and observations.
Besides visiting many of the oilfields discussed in this book, Mao Yiran lived in Daqing Oilfield and Jianghan Oilfield as a child and worked in Huabei Oilfield for a year (1977). After receiving her B.A. in English from Beijing Foreign Languages Institute, she worked for the Chinese Ministry of Education for a year (1982). She then pursued graduate study at the University of Iowa, where she received two M.A. degrees, in comparative literature (1985) and art history (1988). Her translation of Qian Zhongshu’s novella Cat was published by Joint Publishing (H.K.) Co., Ltd. in 2001 and included in Humans, Beasts, Ghosts by Columbia University Press in 2011. She now lives in Palo Alto, California, and is the proud mother of Selena, Arianna, and Apollo.
Thomas E. Smith received his Ph.D. in Chinese from the University of Michigan in 1992. He lived in Taiwan from 1983 to 1985, as a student, and from 1994 to 2016, when he worked for Taiwan’s Bureau of Foreign Trade as a translator and editor. Recent projects have included most of the translated essays in Out of Character: Decoding Chinese Calligraphy (San Francisco Asian Art Museum, 2012) and in Treasures from Across the Kunlun Mountains: Islamic Jades in the National Palace Museum Collection (Taipei Palace Museum, 2015). In 2013, his annotated translation of part of Tao Hongjing’s (456–536) Zhen’gao, Declarations of the Perfected, Part One: Setting Scripts and Images into Motion, was published by Three Pines Press. He currently resides in Ann Arbor, Michigan.
Thomas Seay is a Silicon Valley software engineer who enjoys a double-life as translator, writer and opiner on all things political, philosophical and culinary. He has written for and published translations in several European academic journals with pretentious names. Presently, he is busy penning his most ambitious and acrimonious work to date, an instructional manual on how to identify and excoriate postmodernists. Malleus Maleficarum is already taken, so he’ll have to come up with another title.
Foreword
A Lingering Sentiment for Chinese Petroleum
Maps
Notes on Author, Translator, and Others


1 Chinese Advances with Petroleum in Antiquity

7 Pioneering a Great Cause at Qinghai Oilfield


11 The Search for Daqing Oilfield

13 “In Industry, Learn from Daqing” Reconsidered (Part One)

16 Advancing on the Crest of Victory: Switching the Battleground to Bohai Bay Basin

Part 4: The Jianghan Era (1970–1979): Against the Current, China Becomes a Big Oil-Producing Country

18 An Oil Industry Ready to Launch Out in All Directions

19 The Sudden Rise and Fall of Huabei Oilfield

20 Diary of the Deputy Executive of Huabei Oilfield

23 Hua Guofeng Resigns, and the Oil Industry Faces a Storm

24 The Oil Industry Reels from Accidents, Scandals, and Vendettas


28 Origin of the Tarim Oil Campaign

29 Wang Tao Decides: Go All Out in Tarim without Foreign Investment

33 Too Much Investment, Too Much Waste, Too Few Results

35 Other Issues Relating to the Tarim Campaign


36 A Dry Duck Trying to Swim: the Difficulties of Offshore Petroleum Exploration

37 Leading the Reform and Opening-Up

41 The Oil Industry in Taiwan
Epilogue