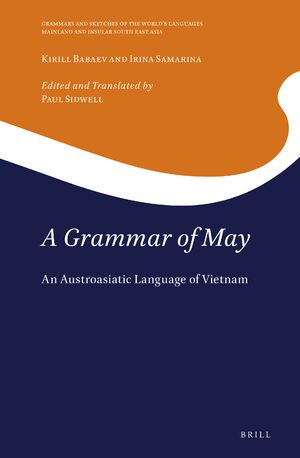 A Grammar of May

An Austroasiatic Language of Vietnam

Authors: Kirill Babaev and Irina Samarina
Editor / Translator: Paul Sidwell
Not only is May otherwise undescribed in writing, it is the only small Vietic language documented and analysed in such detail, and one of few endangered Austroasiatic languages described so thoroughly.
May is predominantly monosyllabic, yet retains traces of affixes and consonant clusters that reflect older disyllabic forms. It is tonal, and also manifests breathy phonation and vowel ongliding, yeilding a remarkable complexity of syllable types. The lexicon, which is extensively documented, has a substantial achaic component. Consequently, the volume provides an invaluable resource for comparative historical and typological studies.
This book is an English translation of the 2018 Russian language monograph by Babaev and Samarina.
E-Book (PDF)

€159.00$189.00
​
Add to Cart
Kirill Babaev, Ph.D. (2008), Doctor of Sciences (2013), Deputy Director of the Institute of Far Orient of the Russian Academy of Sciences, and Associate Prof. at the Russian State University for Humanities. Author of 15 monographs, including Zialo: the Newly-Discovered Mande Language of Guinea (LINCOM, 2011).

Irina Samarina, is a researcher with the Institute of Linguistics of the Russian Academy of Sciences, and National Research University Higher School of Economics (Moscow). Significant publications include Gelao Languages: Materials for the Comparative Dictionary of the Kadai Languages (Academia, 2011).

Paul Sidwell, Ph.D. (1999) is an Associate of Sydney University and President of the Southeast Asian Linguistics Society. His research has focused on the history of the Austroasiatic language family, he co-edited The Handbook of Austroasiatic Languages (Brill, 2014).

1 General Information
1.1  Vietic Languages: Classification and Typology
1.2  Chut Languages and People
1.3  May Language and Its Speakers
1.4  Composition and Methodology of Study

Language typologists, historical linguists, Southeast Asian linguists. It should find a home in most university libraries and research collections. 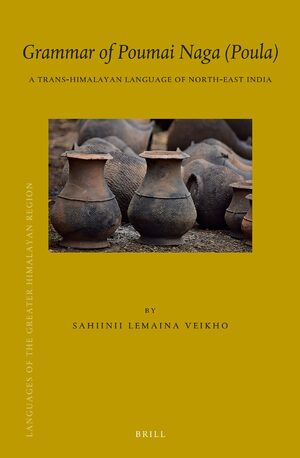 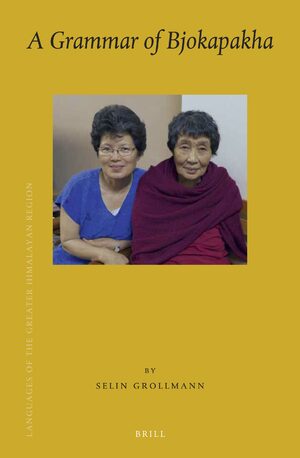 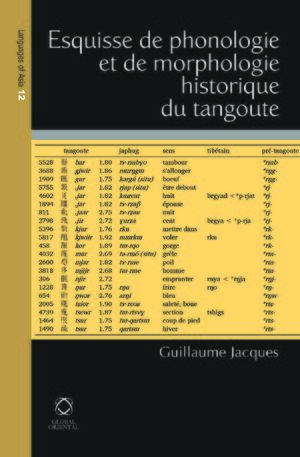