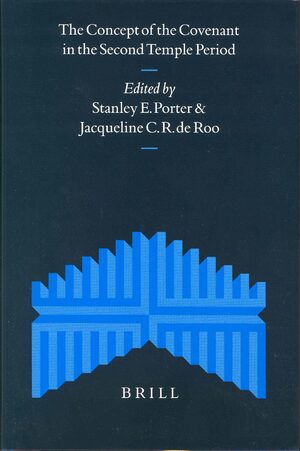 The Concept of the Covenant in the Second Temple Period

Editors: Stanley E. Porter and J.C.R. de Roo
During the reign of Cyrus the Great, founder of the Achaemenid Empire, the Jews returned to Jerusalem to rebuild the temple. This Second Temple period is characterised by a changing mode of thinking.
This volume traces the development of the concept of the covenant during this important era, by discussing relevant texts among the Apocrypha, such as Wisdom of Solomon; the Pseudepigrapha, especially the Dead Sea Scrolls and Jubilees; and the New Testament, such as the Pauline Letters. The authors deal with interesting concepts related to the idea of the covenant, such as law, wisdom, election, grace, the kingdom of God and even the role of food.
This is an important piece of work for understanding the notion of the covenant in Judaism and Christianity, useful for theologians and historians, as well as students of the respective disciplines.
Hardback

€191.00$237.00
Hardback
Add to Cart
Stanley E. Porter, Ph.D. (1988) in Biblical Studies and Linguistics, University of Sheffield, is Professor of New Testament at McMaster Divinity College, Hamilton, Canada. He has written or edited over forty books, and he has published over a hundred articles and chapters on various topics in New Testament. Jacqueline C.R. de Roo, Ph.D. (2002) in Theology (Biblical Studies), University of Surrey (London), is a Research Associate for at the University of Sheffield. She has published several articles in the area of Biblical Studies, including Was the Goat for Azazel Destined for the Wrath of God?, (Biblica 81, 2000).
The Concept of Covenant in Second Temple Judaism will be of benefit to theologians as well as historians; among whom those interested in Judaism and/or Christianity, including specialists, students and educated laymen.