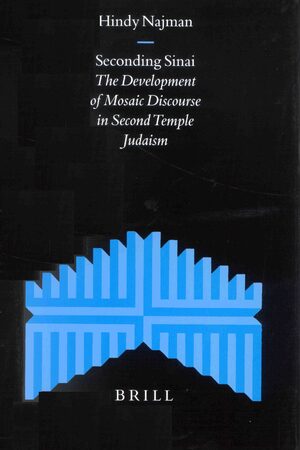 The Development of Mosaic Discourse in Second Temple Judaism

AutorIn: Hindy Najman
What is meant by attributing texts to Moses in Hebrew Bible and Second Temple Judaism? The answer depends not only on the history of texts but also on the history of concepts of textuality. This book criticizes the terms “Pseudepigraphy” and “Rewritten Bible”, which presuppose conceptions of authentic attribution and textual fidelity foreign to ancient Judaism.
Instead, this book develops the concept of a discourse whose creativity and authority depend on repeated returns to the exemplary figure and experience of a founder. Attribution to Moses is a central example, whose function is to re-present the experience of revelation at Sinai. Distinctive features of Mosaic discourse are studied in Deuteronomy, Jubilees, the Temple Scroll, and the works of Philo of Alexandria.
Festeinband

€ 85,00$ 105,00
Festeinband
In den Warenkorb
Hindy Najman, Ph.D. (1998) in Near Eastern Languages and Civilizations, Harvard University, is the Jordan Kapson Assistant Professor of Jewish Studies in the Department of Theology at the University of Notre Dame. She has pubished on the Hebrew Bible, Hellenistic Judaism, Qumran and Rabbinic Literature.
' This book is a very important contribution to the understanding of Second Temple Judaism. [..] This is a well-written research that provides very helpful insights for scholars and students interested in the intellectual development of Judaism from the Persian to the Hellenistic periods.' Thomas Romer, Review of Biblical Literature, 2005. 'Seconding Sinai is a remarkable book that sparkles and crackles with smartness. Hindy Najman adopts a brilliant and original research strategy to get at some outstanding questions in the understanding of crucial documents and periods in the development of Jewish religious literature, primarily those of the Second-Temple period. She undertakes no less than to consider the questions of "Rewritten Bible" as a genre of interpretation, pseudepigraphy, pseudonymity, and anonymity in key Dead Sea Scrolls and the writings of Philo under the sign of a foucauldian investigation of notions of "authorship" in the period. Her astutely chosen case study deals primarily with the very well attested representation of Moses as the "author" of the Torah. Placing the expanded role of Moses within the writings of the period into historical context, Najman both illuminates the meaning of those writings and renders sharp and clear the shifts in the meanings of authorship between antiquity and now. The style is engaging and clear and the scholarship impeccable. In particular, I found the lucid and original interpretation of Philo an intellectual thrill. I highly recommend this book both for scholars of Judaism in the Second Temple period and for anyone who is interested in the history of ideas of authorship and authority.' Daniel Boyarin, (Professor, UC Berkeley).
All those interested in the formation of scriptures in ancient Judaism, Deuteronomistic studies, Second Temple literature, Dead Sea Scrolls, Hellenistic Judaism, Rabbinic literature as well as those interested in the history of conceptions of authorship and religious authority.