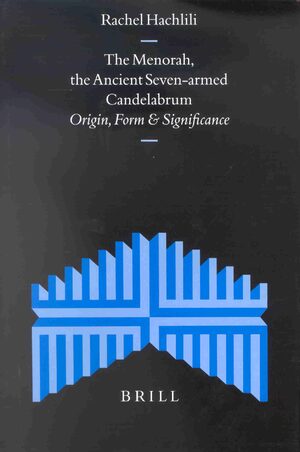 The Menorah, the Ancient Seven-armed Candelabrum

Author: Rachel Hachlili
The menorah was the most important and dominant symbol in Jewish art, both in the Land of Israel and the Diaspora. The menorah was an integral part of the Temple ritual and was the most important of the Temple vessels. Its later representation served the purpose of reminding the Jews of their previous glory as well as their pride in the Temple, and expressed the longing and hope for the renewal of the Temple services and worship. Following the destruction of the Temple, the menorah took on the profound significance of the Temple. It also came to symbolize Judaism, when it was necessary to distinguish synagogues, Jewish tombs, and catacombs from Christian or pagan structures in the Land of Israel and the Diaspora . The menorah image has been found depicted in synagogues, public buildings, homes, and the funerary context throughout the Land of Israel and the Diaspora, leaving no doubt as to which are Jewish structures. The prominent position of the menorah in Jewish art emphasizes its significance.
The book is presenting the art, archaeological, historical and literary evidence for the development, form, meaning, and significance of the menorah during the Second Temple period and the Late Antiquity.
Hardback

€273.00$339.00
Add to Cart
Rachel Hachlili, Ph.D. in Archaeology, Hebrew University, Jerusalem, is Professor at the Department of Archaeology, University of Haifa, Israel. She is the author of Ancient Jewish Art and Archaeology in the Diaspora (Brill,1998) and Jericho, The Jewish Cemetery of the Second Temple Period Israel Antiquity Reports no.7. (Jerusalem, 1999).