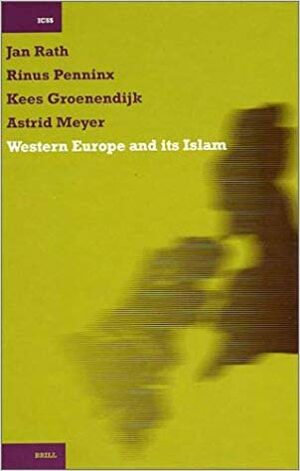 Western Europe and its Islam

Authors: Jan Rath, Rinus Penninx, Kees Groenendijk, and Astrid Meyer
Immigration from North Africa, Asia and elsewhere meant a large influx of Islam into Western Europe. In each country, Muslims organized in various ways and established numerous institutions such as mosques, cemeteries, halâl butchers, schools, broadcasting organizations, and political parties, and slowly but surely the outlines of Muslim communities begun to emerge. The development of those communities is not a matter of Muslims only, but the product of their interaction with the wider environment. The development of the process of institutionalization is the result of their consultations and conflicts with parties involved, particularly with agents from the host society. As Muslim immigrants become ever more a part of Western European societies, the establishment of their institutions both illustrates and affects the processes of sociological, political and legal change that are currently taking place. This book, based on interdisciplinary research, examines the establishment of Muslim institutions in Western Europe, and particularly focuses on the role played by agents from the host society and the political and ideological positions adopted by them in reaction to claims from Muslims.
E-Book (PDF)

€80.00$100.00
​
Add to Cart
Jan Rath (cultural anthropologist) is Associate Professor and Co-Director of the Institute for Migration and Ethnic Studies (IMES) at the University of Amsterdam, the Netherlands.
Rinus Penninx (social scientist) is Professor of Migration and Ethnic Relations and director of the same institute.
Kees Groenendijk (lawyer) is Professor of Sociology of Law in the Institute for Sociology of Law at the Radboud University Nijmegen.
Astrid Meyer (linguist) is a teacher at a Muslim School in Utrecht.
Preface

1. Western Europe and its Islam

Part One. The Netherlands: The Institutionalization and recognition of Islam at the national level

2. Government, society and Islam: a brief history
3. The sphere of religion
4. The sphere of education
5. Politics and other spheres
6. Conclusions at the national level

Part Two. The Institutionalization of Islam and the struggle for recognition at the local level

12. Belgium
13. The United Kingdom
14. Conclusions at the international level
15. Conclusions