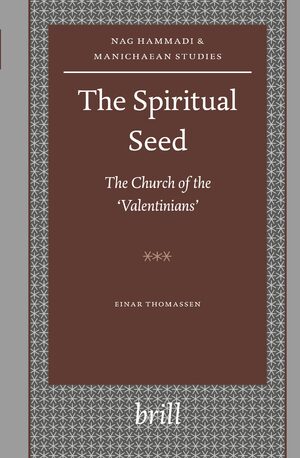 The Spiritual Seed — The Church of the 'Valentinians'

Author: Einar Thomassen
This book is a comprehensive study of “Valentinianism,” the most important Gnostic Christian movement in Antiquity. It is the first attempt to make full use of the Valentinian documents from Nag Hammadi as well as the reports of the Church Fathers.
The book discusses the difference between the Eastern and the Western branches of Valentinianism, and argues that individual sources must always be understood in the context of the historical development of Valentinian doctrines. It also analyses the ideas about the incarnation, protological theories, and initiation practice, as well as the dynamic relationship between these building-blocks of Valentinian doctrine. A final chapter studies anew the doctrine of Valentinus himself and outlines the history of the movement.
The book’s usefulness lies in its attempt to bring together for the first time all the sources so as to construct a coherent picture of Valentinian Christianity.

This volume is also available as paperback.
E-Book (PDF)

€169.00$211.00
​
Add to Cart
Einar Thomassen obtained his Ph.D. from the University of St Andrews in 1982, and has been Professor of Religious Studies at the University of Bergen since 1993. His publications include Le Traité Tripartite (1989) and numerous articles and books about Gnosticism and ancient religions generally.
"The author has a good sense of the philosophical and theological issues at stake and situates the tradition well in the intellectual world of the second century… a very ambitious and very learned reconstruction of the Valentinian tradition. This monograph will make a major contribution to the study of early Christian life and thought." – Harold W. Attridge, University of Notre Dame
" The Spiritual Seed is in my opinion the most important book on Valentinian Gnostic Christianity published since the discovery of the Nag Hammadi Codices 60 years ago." – Birger A. Pearson, Professor Emeritus, University of California, Santa Barbara
"Einar Thomassen's The Spiritual Seed is a magisterial work, the most comprehensive and authoritative study of Valentinian Christianity now available. Through his close readings of the often fragmentary ancient sources, Thomassen pieces together a compelling reconstruction of the history, teachings, and rituals of this fascinating branch of the early Christian movement. The book concludes with an original portrait of Valentinus himself. Newcomers to the study of Valentinianism will profit from the book's clear introduction to the important questions and figures, while specialists will find fresh insights and seasoned judgments on nearly every page. This is the one book that anyone interested in Valentinian Christianity should read." – David Brakke, Indiana University
"At slightly over 500 pages, Einar Thomassen's The Spiritual Seed: The Church of the "Valentinians" is by far the most important, thorough, and authoritative treatment of Valentinian Christianity in the 60 years since the publication of François Sagnard's La gnose valentinienne et le témoignage de saint Irenée in 1947. Its 32 chapters contain an exhaustive and careful analysis of all extant Valentinian literature from the Nag Hammadi library, the commentaries of Heracleon, Theodotus' Excerpts, and Ptolemy's Letter to Flora, and all the patristic testimonies that in turn were based on nearly a score of no-longer extant texts, well as all the fragmentary but non-systematic remains of psalms, homilies and letters that can be attributed to Valentinus himself. […] All-in-all, this clearly and patiently written work is a "blockbuster" that now gives a reliable account of Valentinian theology, ritual, and intellectual history. The Spiritual Seed is now the definitive treatment of Valentinianism and its biblical and philosophical bases, a "must have" for all scholars-and their research libraries-of ancient Gnosticism, second-century Christian history and thought, and historians of later Greek philosophy." – John D. Turner, University of Nebraska at Lincoln

PART IV VALENTINIAN INITIATION
25 The sources
26 Initiation: Synopsis of the acts
y of the initiation ritual
28 The historical position of Valentinian initiation
29 A ritual for the dying

PART V VALENTINUS AND THE “VALENTINIANS”
30 Valentinus: biography and sources
31 Valentinus: a study of the fragments
32 Valentinians: fragments of the history of Valentinianism

The Panarion of Epiphanius of Salamis: Book I 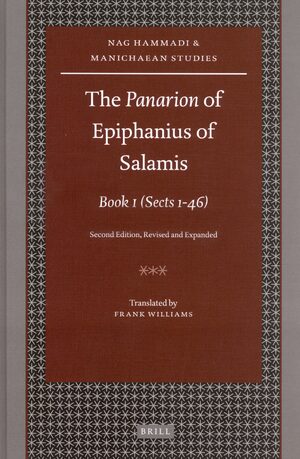 Mystery and Secrecy in the Nag Hammadi Collection and Other Ancient Literature: Ideas and Practices 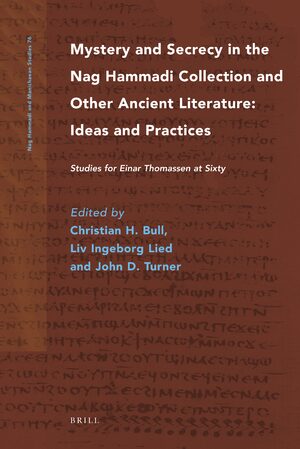 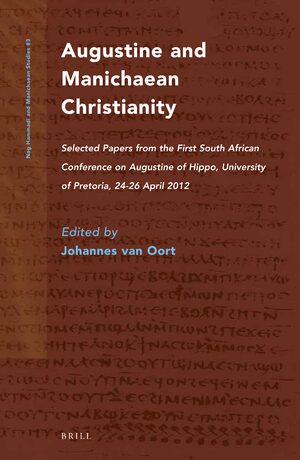