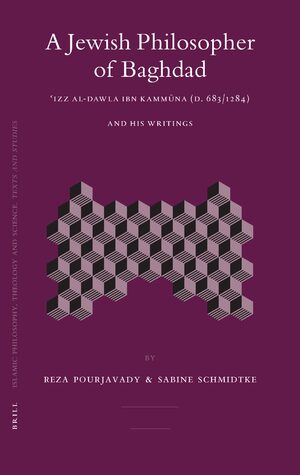 A Jewish Philosopher of Baghdad

Authors: Reza Pourjavadi and Sabine Schmidtke
For a long time, the study of the life and work of the Jewish thinker ʿIzz al-Dawla Ibn Kammūna (d. 683/1284) remained limited to a very small number of texts. Interest in Ibn Kammūna in the Western Christian world dates back to the 17th century, when Barthélemy d’Herbelot (1624-1695) included information on two of Ibn Kammūna's works – his examination of the three faiths ( Tanqīḥ al-abḥāth li-l-milal al-thalāt), i.e. Judaism, Christianity and Islam, and his commentary on Avicenna’s al-Ishārāt wa l-tanbīhāt – in his Bibliothèque orientale. Subsequent generations of Western scholars were focused on Ibn Kammūna’s Tanqīḥ al-abḥāth , whereas his fame in the Eastern lands of Islam was based exclusively on his philosophical writings. These include a commentary on the Kitāb al-Talwīḥāt by the founder of Illumationist philosophy, Shihāb al-Dīn al-Suhrawardī (d. 587/1191) and numerous independent works on philosophy and logic. Since most of the manuscripts of Ibn Kammūna’s philosophical writings are located in the public and private libraries of Iran, Iraq, and Turkey, they were (and are) out of reach for the majority of Western scholars.
The volume gives a detailed account of the available data of Ibn Kammūna’s biography, provides an outline of his philosophcial thought and studies in detail the reception of his thought and his writings among later Muslim and Jewish philosophers. An inventory of his entire œuvre provides detailed information on the extant manuscripts. The volume furthermore includes editions of nine of his writings.
E-Book

€136.00$169.00
​
Add to Cart
Reza Pourjavady, is Research scholar (Islamic Studies), Free University Berlin.
Sabine Schmidtke, is Professor for Islamic Studies, Free University Berlin.
"... this is a most welcome and highly detailed bibliography and will surely prove to be an important aid to scholarship."
Tzvi Langermann, in MESA R O M E S 43.2, 2009

Readers and institutions interested in Jewish and Islamic history of ideas.