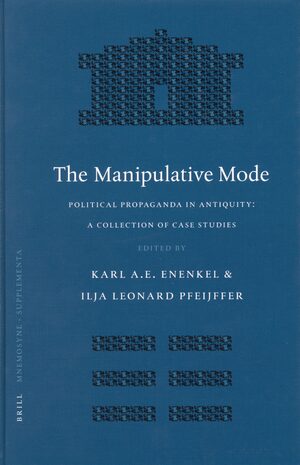 Political Propaganda in Antiquity: A Collection of Case Studies

Authors: Ilja Leonard Pfeijffer and Karl A. E.. Enenkel
This book deals with political propoganda in classical antiquity, exploring the contexts, strategies, and parameters of a fascinating phenomenon that has often been approached with anachronistic models (such as the centrally organized 'propaganda machines' of the 20th-century totalitarian regimes) or completely ignored. It offers case studies on the archaic period, classical Athens, the Hellenistic kingdoms, the Augustan age and the late Roman empire, and emphasizes concepts such as interaction, integration, and horizontal orientation.
E-Book (PDF)

€157.00$195.00
​
Add to Cart
Karl Enenkel is Professor of Neo-Latin Literature at Leiden University and teaches classical Latin and Neo-Latin in the Department of Classics. He is the author of Francesco Petrarca: De vita solitaria, Buch 1. Kritische Textausgabe und ideengeschichtlicher Kommentar, Kulturoptimismus und Kulturpessimismus in der Renaissance, the (co)editor of numerous studies on the reception of Classical Literature and the general editor of Intersections, Yearbook for Early Modern Studies. He has published extensively on international Humanism, the reception of Classical Antiquity and the Roman Empire.
Ilja Leonard Pfeijffer, Ph.D. (1996) in Arts, Leiden University, has published extensively on Pindar and on Greek lyric poetry in general. He is a prominent poet and critic of Dutch poetry.