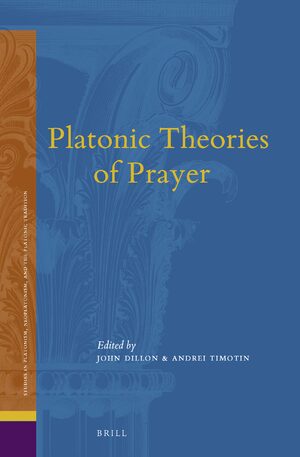 Platonic Theories of Prayer
Series: Studies in Platonism, Neoplatonism, and the Platonic Tradition, Volume: 19
Editors: John M. Dillon and Andrei Timotin
Platonic Theories of Prayer is a collection of ten essays on the topic of prayer in the later Platonic tradition. The volume originates from a panel on the topic held at the 2013 ISNS meeting in Cardiff, but is supplemented by a number of invited papers. Together they offer a comprehensive view of the various roles and levels of prayer characteristic of this period. The concept of prayer is shown to include not just formal petitionary or encomiastic prayer, but also theurgical practices and various states of meditation and ecstasy practised by such major figures as Plotinus, Porphyry, Iamblichus, Proclus, Damascius or Dionysius the Areopagite.
E-Book