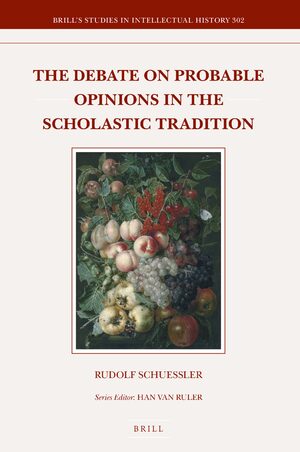 The Debate on Probable Opinions in the Scholastic Tradition
Series: Brill's Studies in Intellectual History, Volume: 302
Author: Rudolf Schuessler
In The Debate on Probable Opinions in the Scholastic Tradition, Rudolf Schuessler portrays scholastic approaches to a qualified disagreement of opinions. The book outlines how scholastic regulations concerning the use of opinions changed in the early modern era, giving rise to an extensive debate on the moral and epistemological foundations of reasonable disagreements. The debate was fueled by probabilism and anti-probabilism in Catholic moral theology and thus also serves as a gateway to these doctrines. All developments are outlined in historical context, while special attention is paid to the evolution of scholastic notions of probability and their importance for the emergence of modern probability.
E-Book