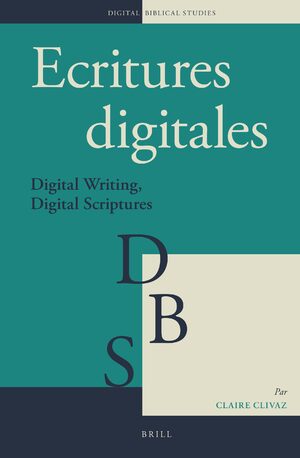 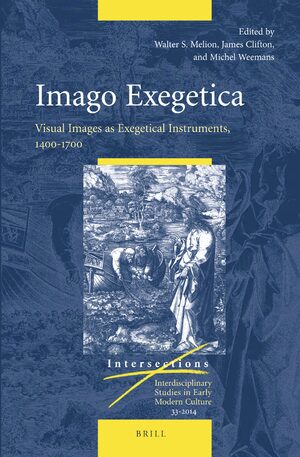 Imago Exegetica
Visual Images as Exegetical Instruments, 1400-1700
Series: Intersections, Volume: 33
Editors: Walter Melion, James Clifton and Michel Weemans
This volume consists of essays that pose fundamental questions about the relation between verbal and visual hermeneutics, especially as relates to biblical culture. Exegesis, as theologians and historians of art, religion, and literature, have come increasingly to acknowledge, was neither solely textual nor aniconic; on the contrary, following from Scripture itself, which is replete with verbal images and rhetorical figures, exegesis has traditionally utilized visual devices of all kinds. In turn, visual exegesis, since it concerns the most authoritative of texts, supplied a template for the interpretation of other kinds of significant text by means of images. Seen in this light, exegetical images prove crucial to understanding how meaning was constituted visually, not only in the sacred sphere but also in the secular. 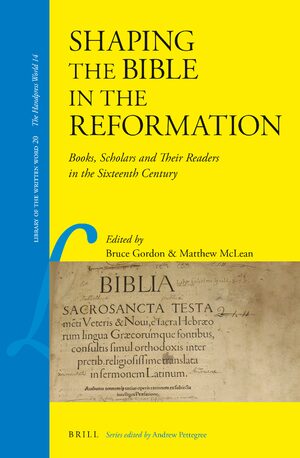 Shaping the Bible in the Reformation
Books, Scholars and Their Readers in the Sixteenth Century
Series: Library of the Written Word, Volume: 20and Library of the Written Word - The Handpress World, Volume: 20
Editors: Bruce Gordon and Matthew McLean
This volume presents significant new research on several
aspects of the late mediaeval and early modern Bible. These
essays consider aspects of Bible scholarship and translation,
illustration and production, its uses for lay devotion and in
theological controversy. Inquiring into the ways in which
scholars gave new forms to their Bibles and their readers
received their work, this book considers the contribution of
key figures like Castellio, Bibliander and Tremellius, Piscator
and Calov, the exegetical controversies between centres
of Reformed learning and among the theologians of the
Louvain. It encompasses biblical illustration in the Low
Countries and the use of maps in the Geneva Bible, and
considers the practice of biblical translation, and the strategies by which new versions were justified.