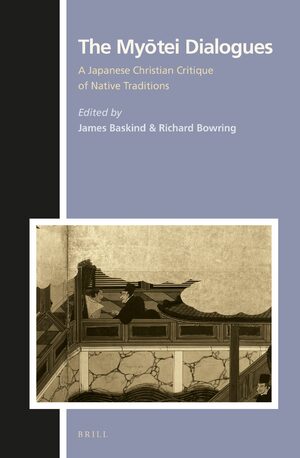 The Myōtei Dialogues
A Japanese Christian Critique of Native Traditions
Series: Numen Book Series, Volume: 151
Authors: James Baskind and Richard Bowring
The Myōtei Dialogues is the first complete English translation one of the most important works of early Japanese Christianity. Fukansai Habian’s Myōtei mondō (1605) presents a sharp critique of the three main Japanese traditions, Buddhism, Shintō, and Confucianism, followed by an explanation of the main tenets of Christianity specifically aimed at a Japanese audience. Written by a convert, it is of importance not merely because it shows us how the Christian message was presented by a Japanese to other Japanese, but also for what it reveals about the state of the three native traditions at the beginning of the seventeenth century.
E-Book (PDF)