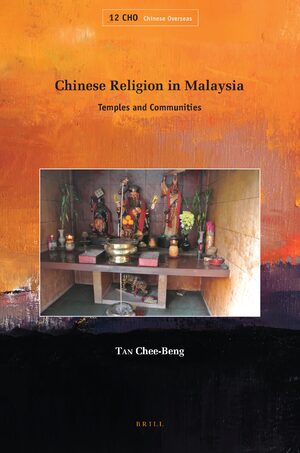 Chinese Religion in Malaysia
Temples and Communities
Series: Chinese Overseas, Volume: 12
Author: Chee-Beng Tan
Based on long-term ethnographic study, this is the first comprehensive work on the Chinese popular religion in Malaysia. It analyses temples and communities in historical and contemporary perspective, the diversity of deities and Chinese speech groups, religious specialists and temple services, the communal significance of the Hungry Ghosts Festival, the relationship between religion and philanthropy as seen through the lens of such Chinese religious organization as shantang (benevolent halls) and Dejiao (Moral Uplifting Societies), as well as the development and transformation of Taoist Religion. Highly informative, this concise book contributes to an understanding of Chinese migration and settlement, political economy and religion, religion and identity politics as well the significance of religion to both individuals and communities.
E-Book 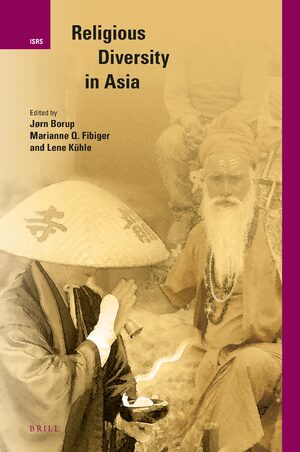 Religious Diversity in Asia
Series: International Studies in Religion and Society, Volume: 34
Editors: Jørn Borup, Marianne Qvortrup Fibiger and Lene Kühle
The religious landscape in Asia has long been diverse, with various forms of syncretic traditions and pragmatic practices continuously having been challenged by centrifugal forces of differentiation. This anthology explores representations and managements of religious diversity in Japan, China, South Korea, Vietnam, the Philippines, Indonesia, Sri Lanka, India and diaspora religions originating in these countries, seen through the lenses of history, identity, state, ritual and geography. In addition to presenting empirical cases, the chapters also address theoretical and methodological reflections using Asia as a laboratory for further comparative research of the relevance and use of 'religious diversity'.

Religious Diversity in Asia was made possible by a framework grant from the Danish Agency for Science, Technology and Innovation allowing the grant holder (Jørn Borup) and two colleagues (Marianne Q. Fibiger and Lene Kühle) to host a workshop at Aarhus University and to co-arrange workshops in Delhi and Nagoya. We would like to thank professors Arshad Alam and Michiaki Okuyama for hosting these latter workshops at Jawaharlal Nehru University and Nanzan University, and we would like to thank Professor Chong-Suh Kim for the invitation for Jørn Borup to visit Seoul National University. We would also like to extend our gratitude to all the scholars who participated in the workshops and to all the authors we subsequently invited to contribute to our endeavor to create this academically relevant volume.
E-Book 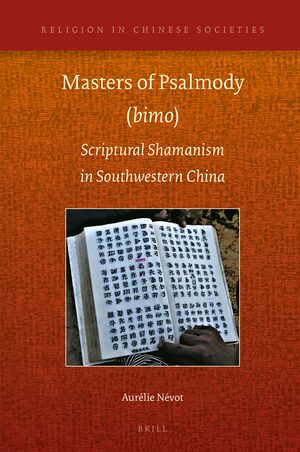 Masters of Psalmody (bimo)
Scriptural Shamanism in Southwestern China
Series: Religion in Chinese Societies, Volume: 15
Author: Aurélie Névot
In Masters of Psalmody (bimo ) Aurélie Névot analyses the religious, political and theoretical issues of a scriptural shamanism observed in southwestern China among the Yi-Sani. Her focus is on blood sacrifices and chants based on a secret and labile writing handled only by ritualists called bimo.

Through ethnographic data, the author presents the still little known bimo metaphysics and unravels the complexity of the local text-based ritual system in which the continuity of each bimo lineage relies on the transmission of manuscripts whose writing relates to lineage blood. While illuminating the usages of this shamanistic tradition that is characterized by scriptural variability between patrilineages, Aurélie Névot highlights the radical changes it is undergoing by becoming a Chinese state tradition.
E-Book 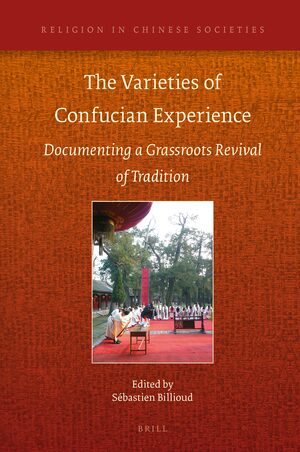 The Varieties of Confucian Experience
Documenting a Grassroots Revival of Tradition
Series: Religion in Chinese Societies, Volume: 14
Editor: Sébastien Billioud
Although the development of a “popular” brand of Confucianism in China is today a massive phenomenon, research on the topic remains scarce. Based on fieldwork carried out by a team of scholars in different parts of the country, the ambition of The Varieties of Confucian Experience is to contribute to the limited body of ethnographic accounts that aim to document and understand the diversity of phenomena encapsulated under the label “Confucian revival” in the first two decades of the 21st century.
E-Book 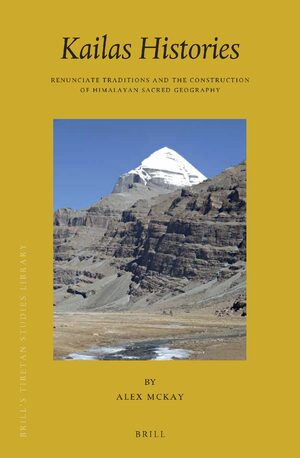 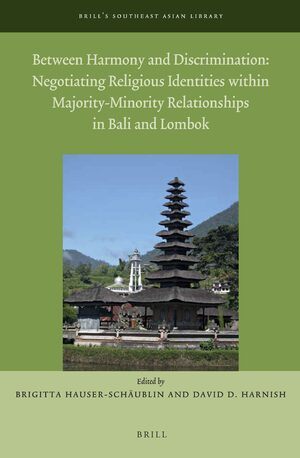 Between Harmony and Discrimination: Negotiating Religious Identities within Majority-Minority Relationships in Bali and Lombok
Series: Brill's Southeast Asian Library, Volume: 3
Editors: Brigitta Hauser-Schäublin and David D. Harnish
Between Harmony and Discrimination explores the varying expressions of religious practices and the intertwined, shifting interreligious relationships of the peoples of Bali and Lombok. As religion has become a progressively more important identity marker in the 21st century, the shared histories and practices of peoples of both similar and differing faiths are renegotiated, reconfirmed or reconfigured. This renegotiation, inspired by Hindu or Islamic reform movements that encourage greater global identifications, has created situations that are perceived locally to oscillate between harmony and discrimination depending on the relationships and the contexts in which they are acting. Religious belonging is increasingly important among the Hindus and Muslims of Bali and Lombok; minorities (Christians, Chinese) on both islands have also sought global partners.
Contributors include Brigitta Hauser-Schäublin, David D. Harnish,I Wayan Ardika, Ni Luh Sitjiati Beratha, Erni Budiwanti, I Nyoman Darma Putra, I Nyoman Dhana, Leo Howe, Mary Ida Bagus, Lene Pedersen, Martin Slama, Meike Rieger, Sophie Strauss, Kari Telle and Dustin Wiebe.
E-Book 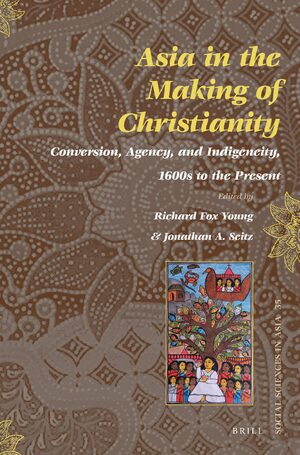 Asia in the Making of Christianity
Conversion, Agency, and Indigeneity, 1600s to the Present
Series: Social Sciences in Asia, Volume: 35
Editors: Richard Fox Young and Jonathan A. Seitz
Drawing on first person accounts, Asia in the Making of Christianity studies conversion in the lives of Christians throughout Asia, past and present. Fifteen contributors treat perennial questions about conversion: continuity and discontinuity, conversion and communal conflict, and the politics of conversion. Some study individuals (An Chunggŭn of Korea, Liang Fa of China, Nehemiah Goreh of India), while others treat ethnolinguistic groups or large-scale movements. Converts sometimes appear as proto-nationalists, while others are suspected of cultural treason. Some transition effortlessly from leadership in one religious community into Christian ministry, while others re-convert to new forms of Christianity. The accounts collected here underscore the complexity of conversion, balancing individual agency with broader social trends and combining micro- with macrocontextual approaches.
E-Book 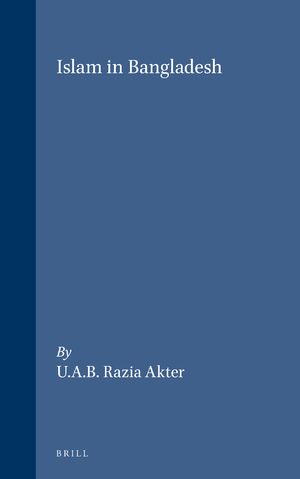 Islam in Bangladesh
Series: International Studies in Sociology and Social Anthropology, Volume: 58
Author: Razia Akter
This study, done within the comprehensive Weberian framework, focuses on religion and social change in Bangladesh through an imaginative use of qualitative as well as quantitative methods of modern social research.
It first provides a sociological interpretation of the origin and development of Islam in Bengal using historical and literary works on Bengal. The main contribution is based on two sample surveys conducted by Mrs. Banu in 20 villages of Bangladesh and in three areas in the metropolitan Dhaka city. Using these survey data, she gives a sociological analysis of Islamic religious beliefs and practices in contemporary Bangladesh, and more importantly, she studies the impact of the Islamic religious beliefs on the socio- economic development and political culture in present-day Bangladesh. She also shows how Islam compares with modern education in social 'transforming capacity'.
This careful and rigorous work is a notable contribution to sociology of religion and helps to deepen our understanding of the interactions between religious and social changes common to many parts of the Third World.
Paperback