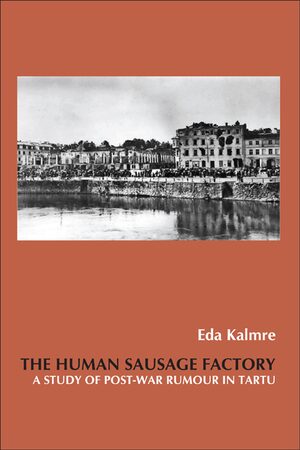 The Human Sausage Factory
A Study of Post-War Rumour in Tartu
Series: On the Boundary of Two Worlds, Volume: 34
Author: Eda Kalmre
Under certain conditions, some rumours, which were established as part of folklore already long ago, may become fixed in the memory and the subconscious of several generations. This is what happened with the rumour about a human sausage factory after the Second World War. In Tartu, Estonia, this rumour obtained a symbolic meaning and power due to the politics of the totalitarian Soviet regime. The memories of the post-war period are still vivid in the collective mind, and the onetime rumour of sausage factories incorporates the population’s tensions, pain, loss, choices, defiance and irreconcilability. The individual and community emotions that are brought to a focus in this discourse are an indicator of defining social boundaries and behaviour, of ‘us’ and ‘them’. When describing the events that took place in Tartu, folklore becomes a powerful tool with which to construe the meaning of the era at the social level.
Through documents, photos and people’s memories, the book offers an insight into the city of Tartu after the Second World War and reveals the several layers of meaning represented by rumour in this period.
E-Book 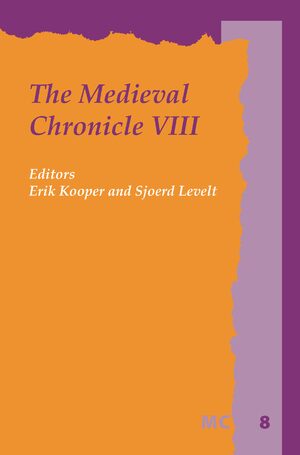 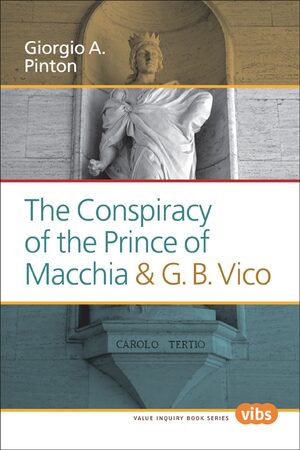 The Conspiracy of the Prince of Macchia & G.B. Vico
Series: Value Inquiry Book Series, Volume: 260and Philosophy, Literature, and Politics, Volume: 260
Author: Giorgio A. Pinton
In September of 1701, events transpired in Naples that, through frequent retellings, became popularly known as “the conspiracy of the Prince of Macchia.” Rapidly gaining fame, this apparently anonymous narrative was soon incorporated by different historians in their history of the transition years between the seventeenth and eighteenth centuries. But who was the initial bard or narrator, the town clerk or citizen who first gave testimony of this event by creating a Latin text of the story of the Prince of Macchia? Giambattista Vico was not among the claimants to the authorship of the fabulous story that changed the future of the Kingdom of Naples. Nevertheless, four scholars across the nineteenth and twentieth centuries were themselves convinced, and managed to convince the intellectual world as well, that Vico, then a young teacher of rhetoric at the University of Naples, was indeed the source of this original Latin narration of this oft retold Neapolitan history. This book provides the original Latin text with a parallel translation, as well as historical context and analysis of both the text’s authorship history and the account itself.
E-Book 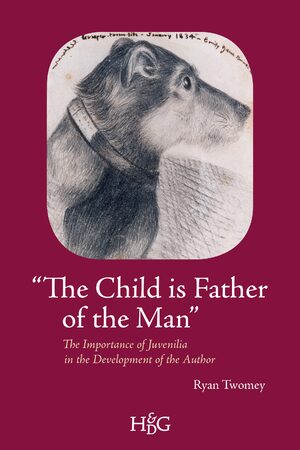 "The Child is Father of the Man": The Importance of Juvenilia in the Development of the Author
Author: Ryan Twomey
'The Child is Father of the Man'discusses the field of nineteenth-century Juvenilia. Specifically, the development of the child writer into the adult author, arguing for increased critical attention toward the early works of now famous writers.
The introductory chapter reviews the role of juvenilia in the writing progression of famous authors and provides a discussion of current academic scholarship in the field of juvenilia. The book then focuses on the individual literary progressions of the nineteenth-century British writers William Harrison Ainsworth, Emily Brontë, and George Eliot, and the Anglo-Irish writer, Maria Edgeworth. The analysis in each chapter has been contextualised within the historical, regional, gothic and lyric modes, and includes an interdisciplinary study in the fields of history, biography, and languages and linguistics. Each chapter is provided as an individual case study espousing the importance of the juvenilia on the development of the later, more publicised, authorship. The concluding chapter discusses the future of the genre with reference to the discoveries outlined in the text, and juxtaposes these findings with the perceived neglect juvenilia has received from the academic community.
Paperback 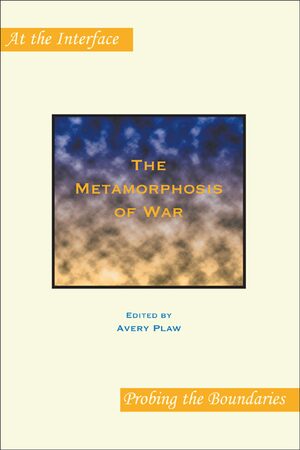 The Metamorphosis of War
Series: At the Interface / Probing the Boundaries, Volume: 80
Editor: Avery Plaw
In the last few decades the practice, purpose and the very language of warfare have been radically transformed. This volume mobilizes the resources of a range of disciplines across the social sciences and humanities in combination with the insights of military practitioners to understand the metamorphosis of war.
E-Book 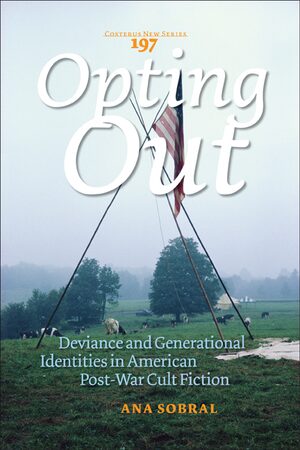 Opting Out
Deviance and Generational Identities in American Post-War Cult Fiction
Series: Costerus New Series Online, Volume: 197and Costerus New Series, Volume: 197
Author: Ana Sobral
Opting Out explores the theme of deviance as a form of protest in famous cult novels that have left an indelible mark on contemporary American culture – from Jack Kerouac's On the Road to Chuck Palahniuk’s Fight Club. Adopting a generational lens, it centers on the deviant heroes and literary spokesmen of two major cohorts: the Baby Boomers and Generation X. Here for the first time the cult texts that defined these generations are submitted to a critical analysis that allows them to enter into a dialogue – or rather a heated debate – with each other. This opens new perspectives on the generation gap in America since 1945, offering a dynamic look at the role of youth as agents of social change and cultural innovation.
The volume is of interest to students and researchers in contemporary American literature and culture, as well as to fans of cult fiction in general. The interdisciplinary approach to the themes of generational conflict and deviant behaviour also makes a significant contribution to the fields of sociology, contemporary history and cultural studies.
E-Book 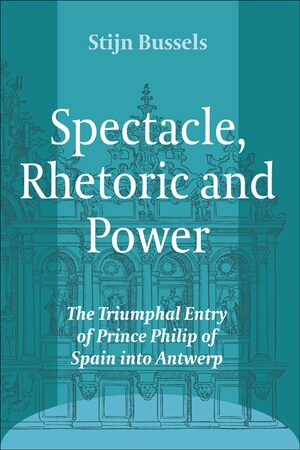 Spectacle, Rhetoric and Power
The Triumphal Entry of Prince Philip of Spain into Antwerp
Series: Ludus, Volume: 11
Author: Stijn Bussels
In 1549, Prince Philip of Spain made his entry into Antwerp together with his father, Emperor Charles V. For this occasion the rich city of commerce was transformed into a large theatrical space with triumphal arches and tableaux vivants as stage settings. The citizens and the princes acted as actors in a splendid parade, a battle array of four thousand participants, impressive tournaments and a huge firework display. This resulted in one of the most expensive and impressive festivities of the early modern period. The organizing municipality drew on various theatrical genres in an effort to bring about a renewal in the existing power relations between the Habsburg rulers and themselves, as well as the relations of the rulers with the population. Exactly how the city and the monarch were depicted was illustrative of the precious balance of power between the Habsburgs and the city fathers and of both parties toward their respective subjects. How these power relations were precisely staged in Antwerp is studied in this book.
E-Book 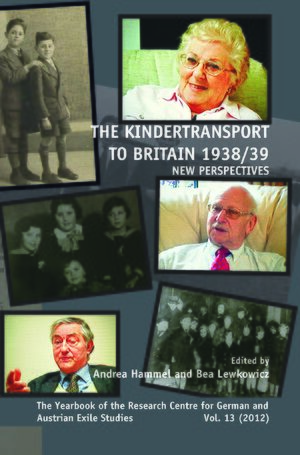 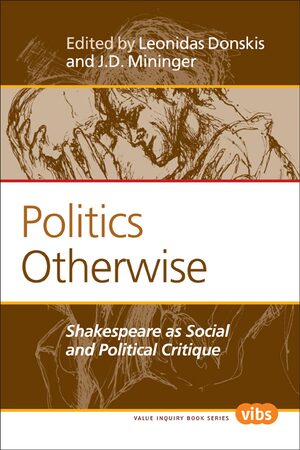 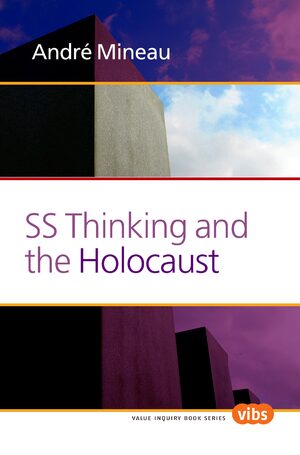 SS Thinking and the Holocaust
Series: Value Inquiry Book Series, Volume: 247and Holocaust and Genocide Studies, Volume: 247
Author: André Mineau
SS ideology was the expression of an apparently philosophical self-containing system of thought, articulated around a systematic body of knowledge claiming to integrate humanity inside a global vision of Being. Using ontology and anthropology as foundations, SS thinking developed essentially in the field of ethics. It portrayed itself as a global approach to society and civilization, based on eugenics and ethnic cleansing. It accomplished the fusion of the modern biological paradigm with the cultural shock brought about by World War I and promoted total war for the sake of total health. And since institutional philosophy largely ignores SS theory and praxis, Holocaust memorial institutions may represent an alternative for the development of understanding and reflection. Within the context of Nazism, SS thinking did much to work out the theory for which the Holocaust would be the ultimate accomplishment. It intended to provide the Holocaust with legitimacy, from the viewpoints of ontology, anthropology, politics, and ethics, whence the importance of studying the theoretical framework that gave sense to the most terrible form of SS praxis.
E-Book