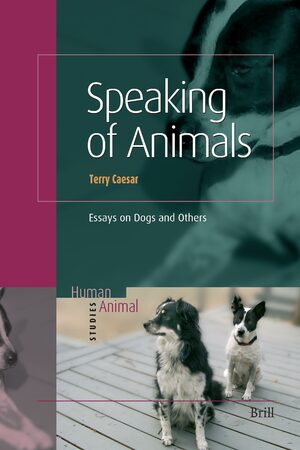 Speaking of Animals
Essays on Dogs and Others
Series: Human-Animal Studies, Volume: 7
Author: Terry Caesar
Speaking of Animals consists of a linked series of thirteen essays about subjects ranging from deciding to castrate a dog, evaluating recent dog memoirs, observing animals in Spain, reading about the training of big cats, watching Animal Planet, and being unable to kill a racoon in Texas. So often personal, even while analyzing novels such as Water for Elephants or movies such as Giant or Into the Wild, the essays offer both an implicit critique and a continuation of recent discursive trends in animal studies, whose language is too haplessly abstracted from the animals in whose name we humans strive to speak as well as narrate.
E-Book