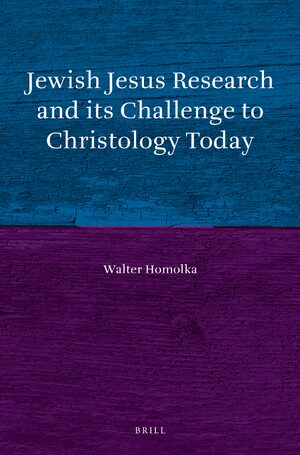 Jewish Jesus Research and its Challenge to Christology Today
Series: Jewish and Christian Perspectives Series, Volume: 30
Author: Walter Homolka
Historical Jesus research, Jewish or Christian, is marked by the search for origins and authenticity. The various Quests for the Historical Jesus contributed to a crisis of identity within Western Christianity. The result was a move “back to the Jewish roots!”
For Jewish scholars it was a means to position Jewry within a dominantly Christian culture. As a consequence, Jews now feel more at ease to relate to Jesus as a Jew.
For Walter Homolka the Christian challenge now is to formulate a new Christology: between a Christian exclusivism that denies the universality of God, and a pluralism that endangers the specificity of the Christian understanding of God and the uniqueness of religious traditions, including that of Christianity.