The Neo-Buddhist Writings of Lafcadio Hearn
Light from the East
Series: East and West, Volume: 7
Author: Antony Goedhals
The Neo-Buddhist Writings of Lafcadio Hearn: Light from the East by Antony Goedhals offers radical rereadings of a misunderstood and undervalued Victorian writer. It reveals that at the metaphysical core of Lafcadio Hearn’s writings is a Buddhist vision as yet unappreciated by his critics and biographers. Beginning with the American writings and ending with the essay- and story-meditations of the Japanese period, the book demonstrates Hearn’s deeply personal and transcendently beautiful evocations of a Buddhist universe, and shows how these deconstruct and dissolve the categories of Western discourse and thinking about reality – to create a new language, a poetry of vastness, emptiness, and oneness that had not been heard before in English, or, indeed, in the West.
E-Book 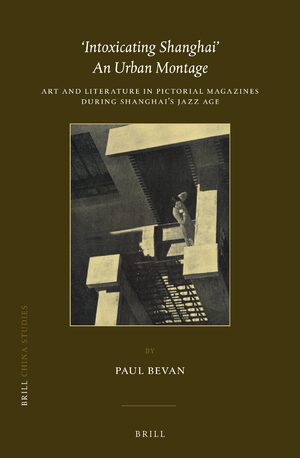 ‘Intoxicating Shanghai’ – An Urban Montage
Art and Literature in Pictorial Magazines during Shanghai’s Jazz Age
Series: China Studies, Volume: 41
Author: Paul Bevan
In Intoxicating Shanghai Paul Bevan explores the work of a number of Chinese modernist figures in the fields of literature and the visual arts, with an emphasis on the literary group the New-sensationists and its equivalents in the Shanghai art world, examining the work of these figures as it appeared in pictorial magazines. It undertakes a detailed examination into the significance of the pictorial magazine as a medium for the dissemination of literature and art during the 1930s. The research locates the work of these artists and writers within the context of wider literary and art production in Shanghai, focusing on art, literature, cinema, music, and dancehall culture, with a specific emphasis on 1934 – ‘The Year of the Magazine’.
E-Book