The chapter aims to offer a new perspective on Emer de Vattel’s natural jurisprudence by placing it into the context of Enlightenment philosophical histories. It argues that Vattel’s normative system was anchored in an account of history that was informed not only by the diplomatic histories of Europe but also by a specific vision of progress that drew heavily on Voltaire’s historical writings. It was a vision of the advancement of humanity driven by enlightened monarchs who had a correct understanding of enlightened self-interest and true glory. Both for Voltaire and for Vattel, the self-civilizing drive was best exemplified by Tsar Peter the Great. To explain Peter the Great’s role in Vattel’s theory, the chapter turns to the distinction between men and monsters, which functioned in his theory as a tool for affirming the validity and enforceability of natural justice. The figure of Peter served to underline this distinction and to point to the essence of a minimum morality that was the basis for more advanced, polished and humane forms of morality in the course of human progress.

Chapter 1 Natural Law for the Nobility? The Law of Nature and Nations at the Erlangen Ritterakademie (1701–1741)
Authors: Katharina Beiergroesslein and Iris von Dorn

Apart from numerous other institutions of higher education, such as universities and gymnasia illustria, so-called Ritterakademien formed the educational landscape of the Holy Roman Empire. These aimed at shaping the gentilhomme. Primarily, this meant to educate the sons of the nobility for their future duties and functions as civil servants of the government, at princely courts or in the military. Along with subjects like modern languages, history, geography, political sciences, dancing and fencing, the curriculum included legal subjects like jus naturae, civile et publicum and jus gentium. Although the latter were regarded as centrepieces of the tuition, the lessons were not intended to train legal scholars to a university level. Rather, they focused on the practical relevance of the subject matter. Thus, it is of interest to examine how the law of nature and nations was taught at the Ritterakademien or, rather, which goal the lessons pursued.

On the basis of several programmatic writings, all of which are connected with the short-lived Ritterakademie at Erlangen (1701–1741), in the Franconian margravate of Brandenburg-Bayreuth, the chapter examines the significance of the law of nature and nations within the education of the young nobles, its relation to other subjects as well as which contents were thought important. These texts were written by Baron Christoph Adam Gross von Trockau (1649–1724), Dietrich Hermann Kemmerich (1677–1745) and Johann Christoph Vetter (1676–1736), under the pseudonym Orontes. As all the texts were normative, one has to keep in mind that they say little about the reality of the teaching but describe an ideal situation.

Chapter 5 Pufendorf on the Law of Sociality and the Law of Nations
Author: Kari Saastamoinen

This chapter explores the fundamental principle of sociality in Samuel Pufendorf’s natural law theory and the way he applied this principle to interstate relations. It is argued that, while Pufendorf shared Hobbes’s view of the pivotal role self-preservation and self-love play in human behaviour, his idea of natural law differed significantly from that of the English philosopher. This disagreement between Hobbes and Pufendorf is most visible in their rival views on the character and status of natural law outside civil society, and it is also evident in noteworthy differences in the ways they articulated the moral relations between sovereign states and the law of nations.

This chapter discusses the inaugural dissertation of the first ex officio professor of natural law in Denmark, Andreas Hojer: the 1735 Dissertatio iuris publici universalis de eo quod iure belli licet in minores. In doing so, it seeks to shed light on a little-known figure in the early Danish enlightenment, albeit one who was very influential in his day. It explains why Hojer chose what, on the face of it, seems a detail of the law of nations, by discussing the dissertation against the political and polemical background of Denmark-Norway’s participation in the Great Northern War. It is argued that Hojer’s dissertation illustrates the need for academic expertise in defending the political interests of the Danish absolute monarchs, particularly against the dukes of Holstein-Gottorp to the south, and that this concern was instrumental to Hojer’s appointment. While Hojer endeavoured to fulfil this role, his dissertation also reveals an interest in drawing out the full consequences of the conceptual framework of natural law, an interest that was unique, and controversial, in the intellectual context of early-eighteenth-century Copenhagen.

Part 1 Teaching the Law of Nations

Chapter 11 Vattel’s Doctrine of the Customary Law of Nations between Sovereign Interests and the Principles of Natural Law
Author: Francesca Iurlaro

This chapter provides an outline of Emer de Vattel’s doctrine of the customary law of nations. Whereas the importance of custom in the doctrinal debates concerning contemporary international law has been widely acknowledged, an assessment of its fundamental role within Vattel’s account of the law of nations is still missing. I argue that its significance can be interpreted along two lines of inquiry. First of all, in light of Vattel’s critique of Wolff, according to which Vattel replaces the Wolffian perfectio as the basis of natural law with a ‘noble’, anti-Hobbesian, concept of self-interest. Custom is, consequently, conceived of as a peaceful means for states to pursue their own interests according to natural law and without necessarily conflicting with each other. Secondly, the concept of custom allows Vattel to mediate between natural law and the voluntary law of nations, by providing states with a flexible and dynamic source of obligation, mostly consisting in an overlap between the principles of natural law and the facts of international life. 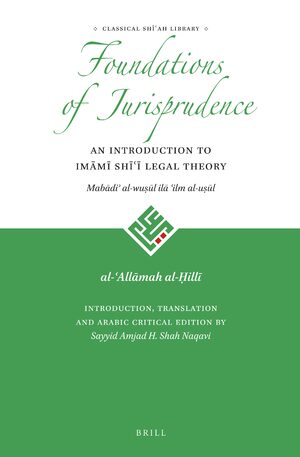